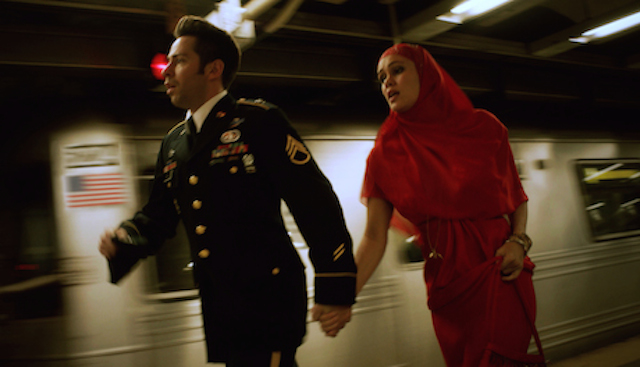 Sam & Amira is a film about the love that develops between an American soldier attempting to re-assimilate back into society and an Iraqi immigrant who is about to be deported from the United States. The film features Martin Starr, most recently of Silicon Valley and newcomer Dina Shihabi in the title roles along with actors Paul Wesley, Laith Nakli David Rasche, Ross Marquand, Taylor Wilcox and Christian Paluck making up the rest of the cast. The screenplay was written and directed by Sean Mullin, himself an army veteran.

While most “soldier-coming-home-from-war” films deal with veterans battling PTSD, my goal was to flip that well-worn premise on its head and ask: what if the soldier who returns from war is fine, but it’s his country that’s lost its mind? America was built on the backs of immigrants and protected by the courage of veterans — yet both of these groups have grown increasingly marginalized in today’s society. I felt like the best way to explore such complex issues in the context of an independent film was to create an intimate love story with universal implications.

“Sam & Amira” is currently finished but an Indiegogo campaign has been created to raise additional funds to promote and market the film. Sean talks a little about the specifics in a humorous video made for the campaign. 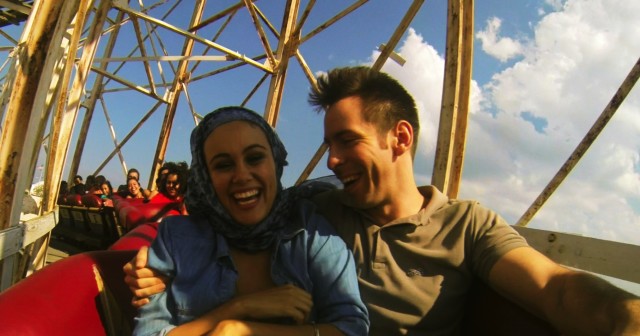