Room 237 is a documentary that explores the theories and hidden meanings of Stanley Kubrick’s classic horror film, The Shining (trailer). The documentary was directed by Rodney Ascher. Check the film site for screenings.

ROOM 237 is a subjective documentary feature which explores numerous theories about Stanley Kubrick’s “The Shining” and its hidden meanings. This guided tour through the most compelling attempts to decode this endlessly fascinating film will draw the audience into a new maze, one with endless detours and dead ends, many ways in, but no way out. Discover why many have been trapped in the Overlook for 30 years. 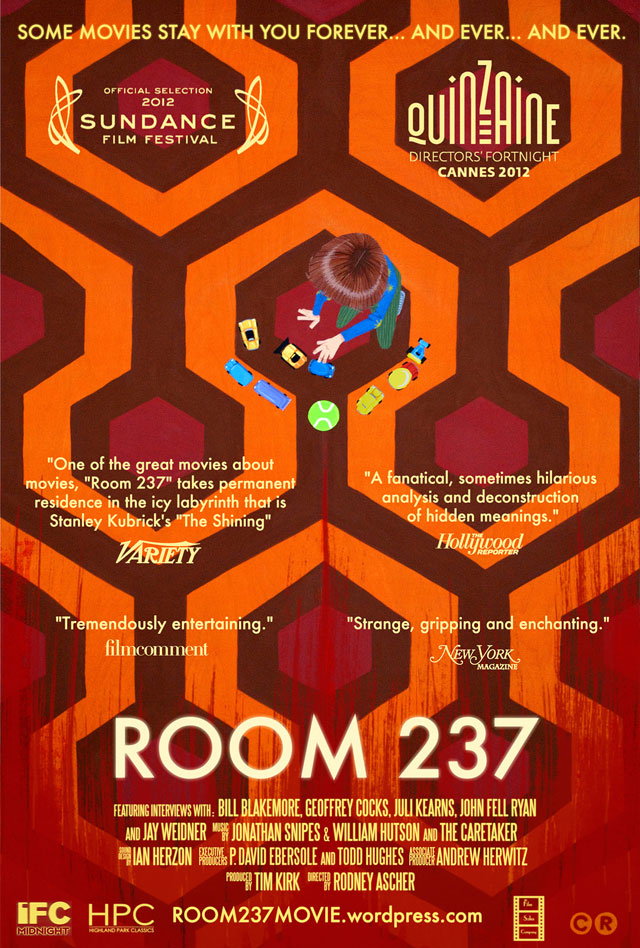