Trace Dominguez of DNews reports on a recent study that found that a zebra’s stripes may do more than make for a pretty coat, the stripes may keep disease-carrying biting flies at bay.

The researchers determined that the distribution of striped species overlaps with the ranges where biting flies are active. Zebras appear to be particularly sensitive to the flies.”Biting fly mouth part lengths are markedly longer than average hair depths of zebras and approximately the same as zebra hair lengths, perhaps making zebras particularly susceptible to (biting fly) annoyance,” the authors wrote. Flies don’t just irritate zebras either. The flies can spread disease and cause significant blood loss. As for how the stripes ward off biting flies, the researchers explained, “Biting flies are attracted to hosts by odor, temperature, vision and movement that may act at different stages during host seeking, but vision is thought to be important in the landing response.”

This chart shows the various members of the equid family, comparing leg stripe patterns with the number of tabanid (horsefly) bites. The equids with the least number of bites were those that were striped. 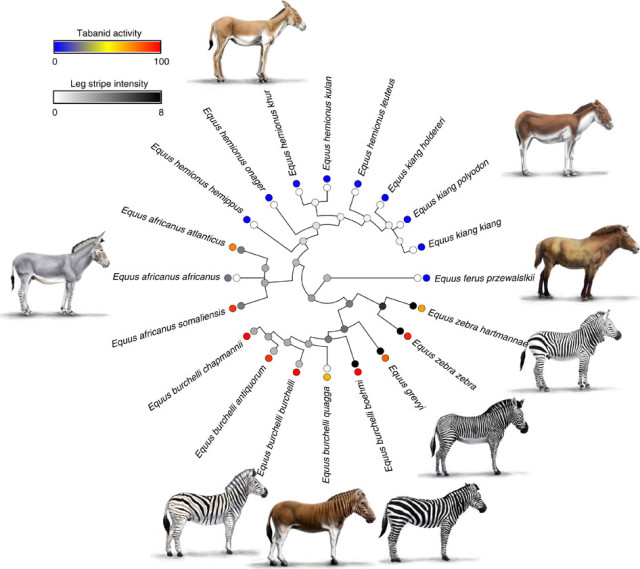