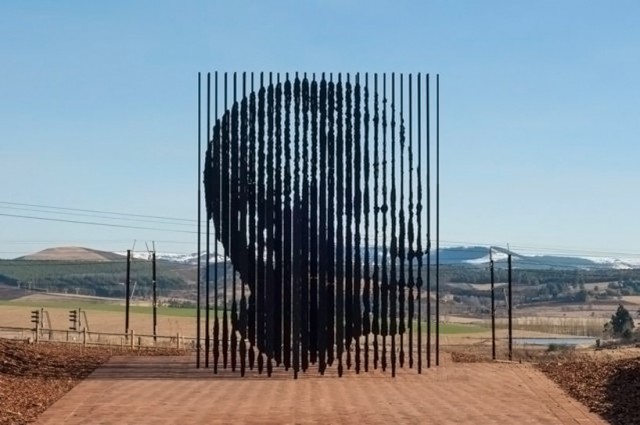 “Release” is a monumental sculpture to Nelson Mandela situated at the site in South Africa where he was arrested in 1962 (he remained in custody for 27 years). The sculpture is made of 50 steel columns between 21 and 31 feet high whose arrangement appears random from most angles. However, about 115 feet in front of the sculpture, the columns align to form an image of Mandela’s face. The sculpture was created by South African artist Marco Cianfanelli. 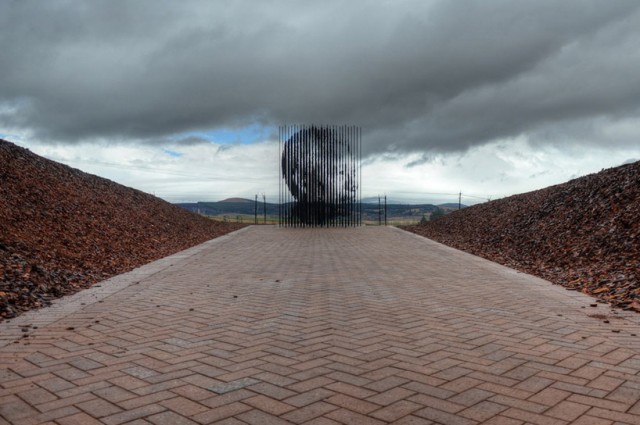 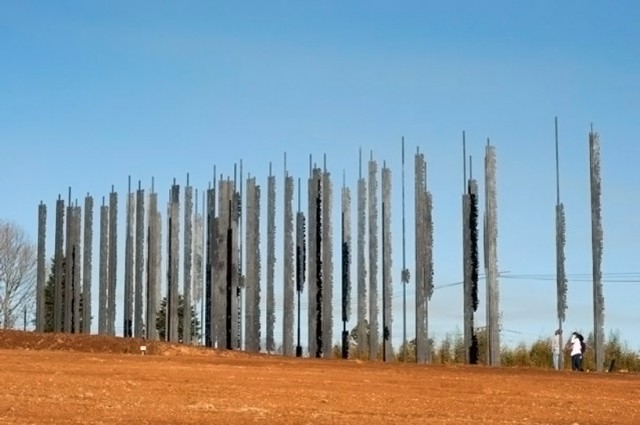 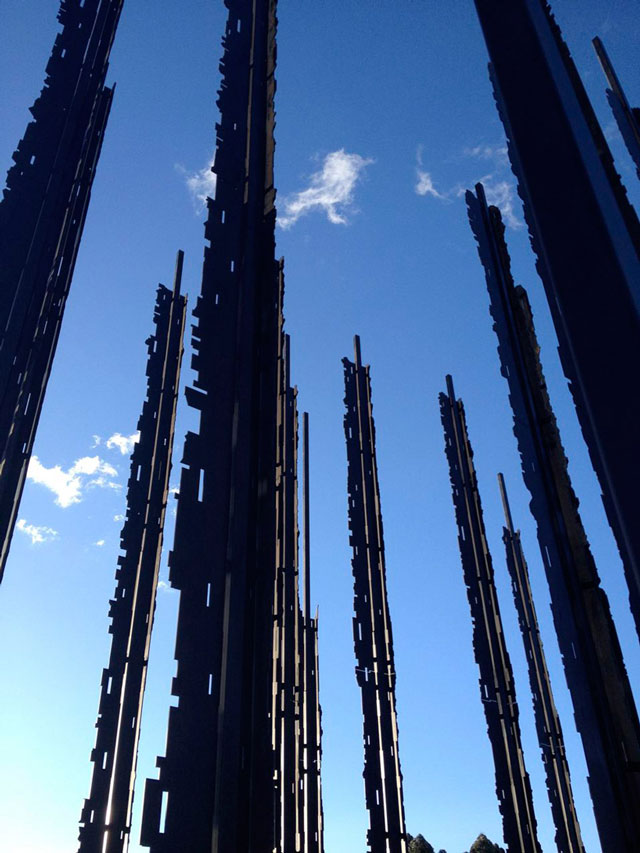 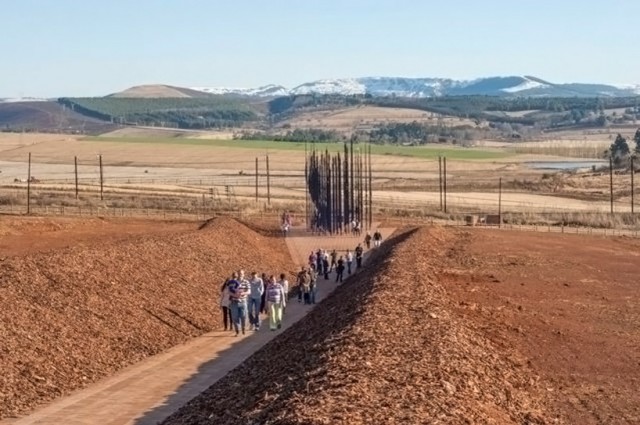