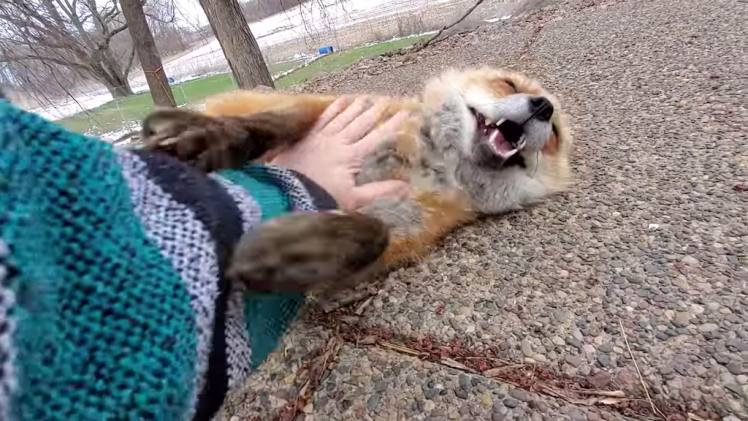 The funny little red fox named Finnegan, who previously ran away with a tennis ball, was trying to get out of his enclosure when his beloved human Mikayla Raines of SaveAFox Rescue (previously) called him over. Finnegan rolled over onto his side and began hysterically laughing away. Even more adorably, whenever Raines touched his furry body, Finnegan giggled like squeak toy.