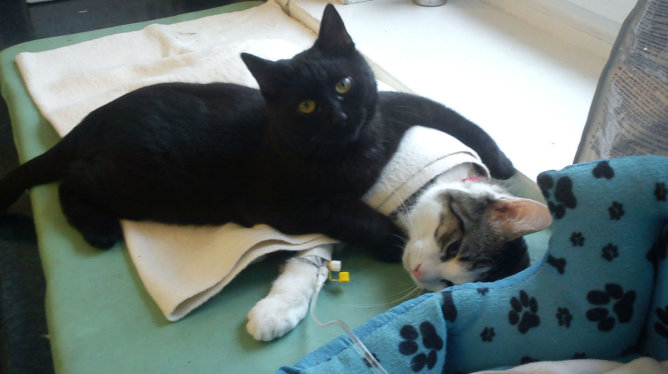 A compassionate black cat named Rademenes has taken it upon himself to play nursemaid to the various dogs and cats at a veterinary clinic in Bydgoszcz, Poland. The generous black cat, who is recovering from an illness that almost took his life, has seemingly channeled his need to give back to his community by providing comfort and company to other animals who really seem to need it.

(translated) The shelter cat began to behave “strangely”. Some even joke that he began to work full-time as a nurse. When you get to the shelter sick animals – no matter whether it is a cat, a dog – Rademenes helped them and supported them in difficult times, eg. After surgery. He also offers hugs to animals that are recovering after surgery. Sometimes even licks the ears – said Izabella Szolginia, said the director of the animal shelter in Bydgoszcz. 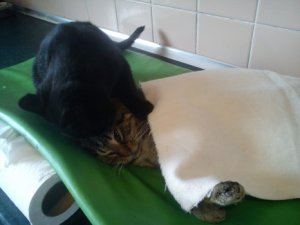 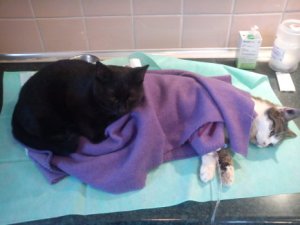 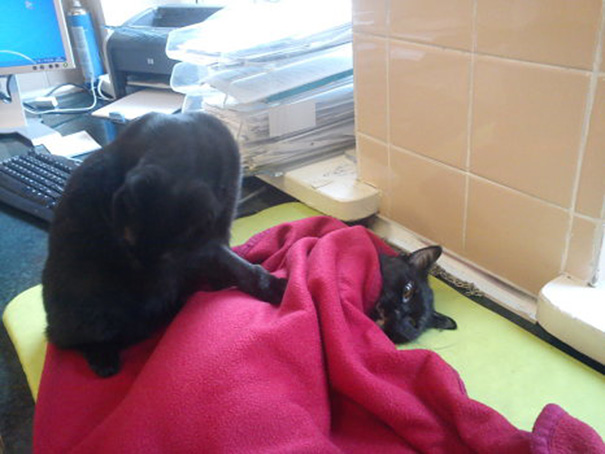 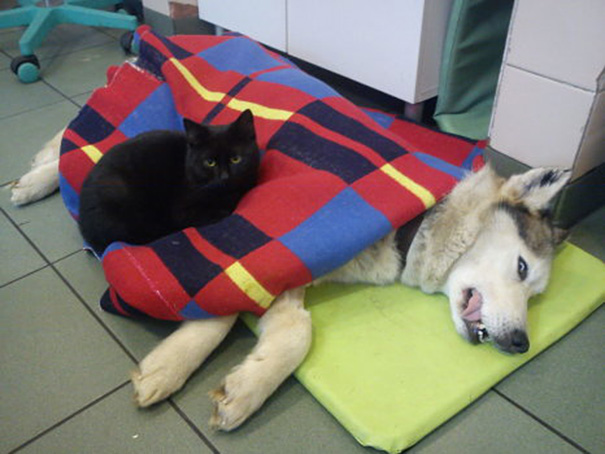 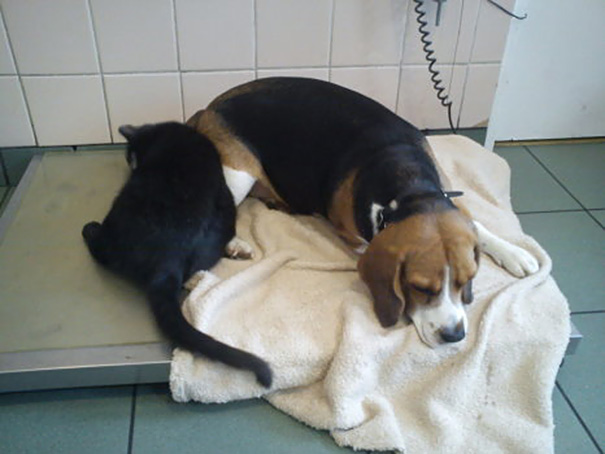 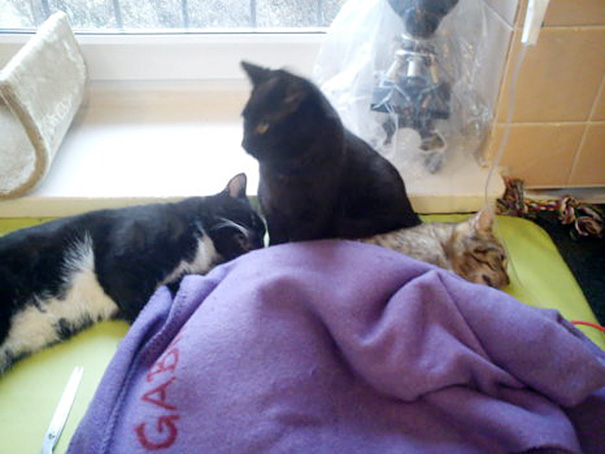