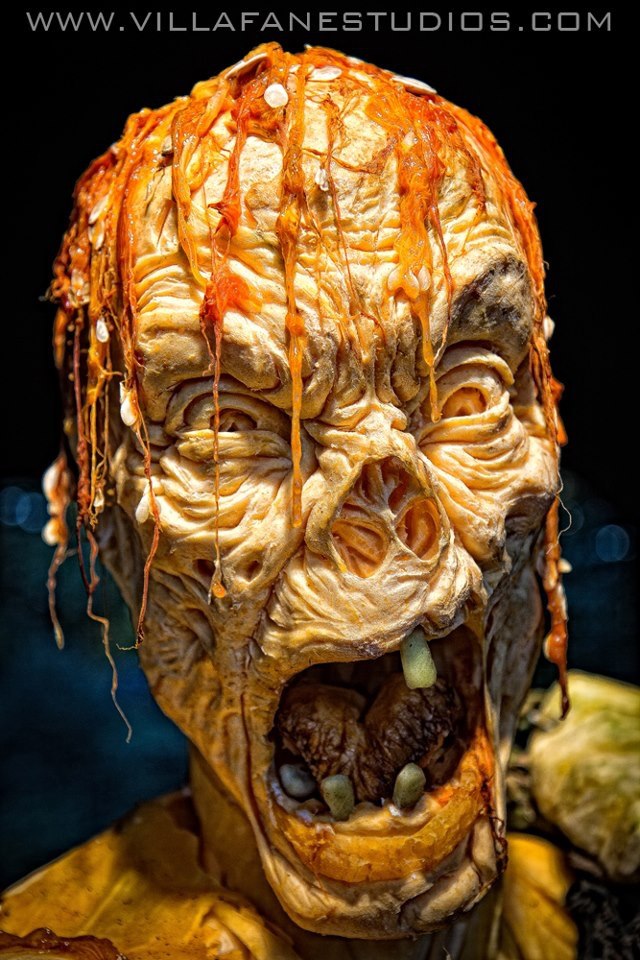 While at the The New York Botanical Garden for their 2012 Haunted Pumpkin Garden event, master pumpkin, toy and sand sculptor Ray Villafane and his talented team from Villafane Studios brought their carving skills together to create an amazing Pumpkin Zombie scene out of three of the biggest pumpkins grown in the United States (one of which weighed in at 1,872 pounds). In the scene, the main Pumpkin Zombie (known as the Harvester) is shown pulling other pumpkin zombie minions out of the earth by their pumpkin vines. You can learn more and watch the process (captured in the videos below) as Villafane Studios talk and carve away at The New York Botanical Garden event. We have previously written about Ray Villafane and his amazing pumpkin creations. 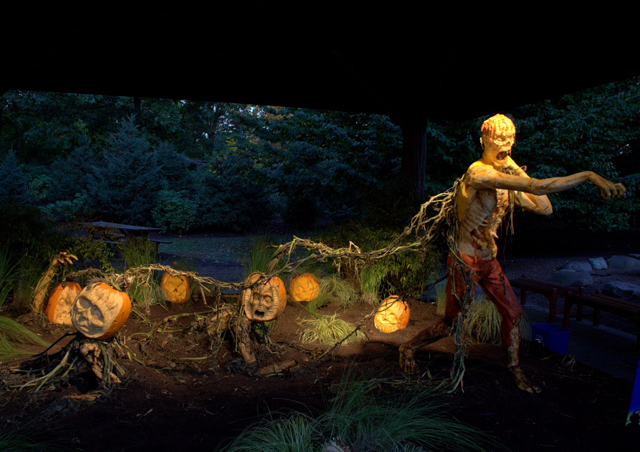 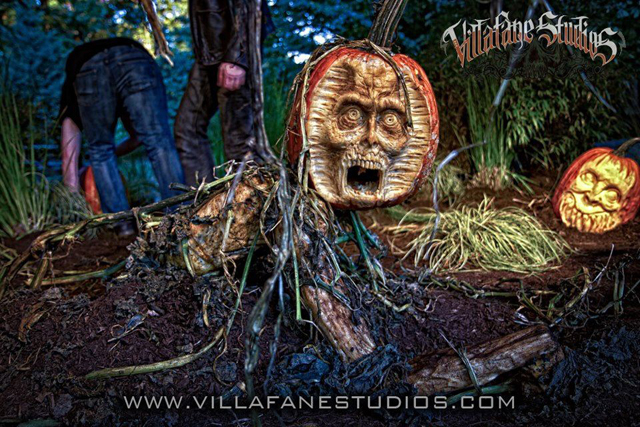 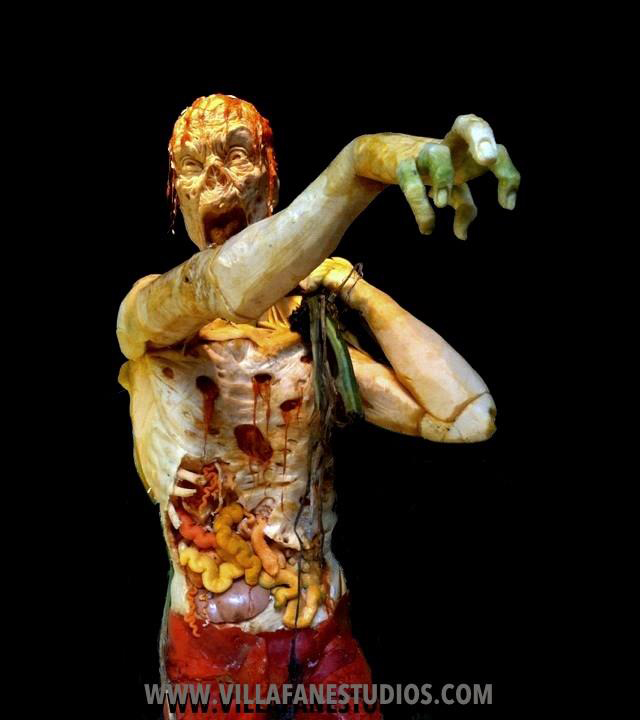 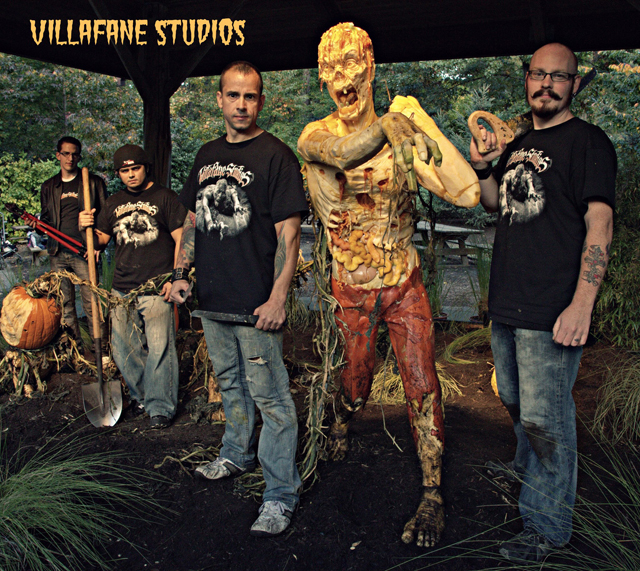 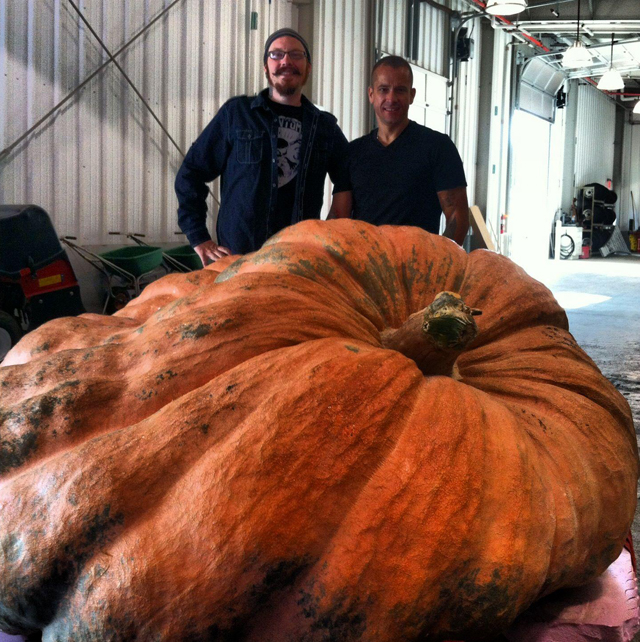 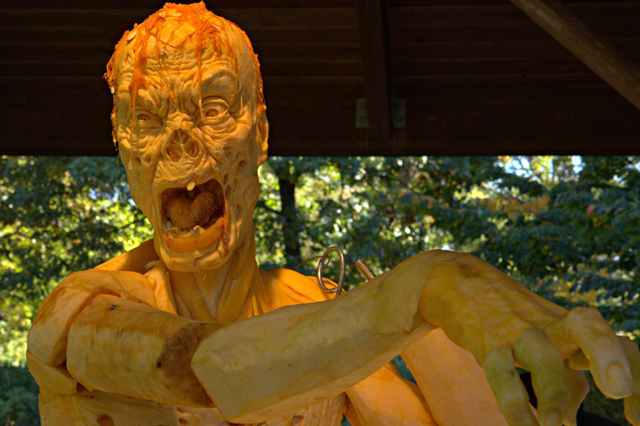 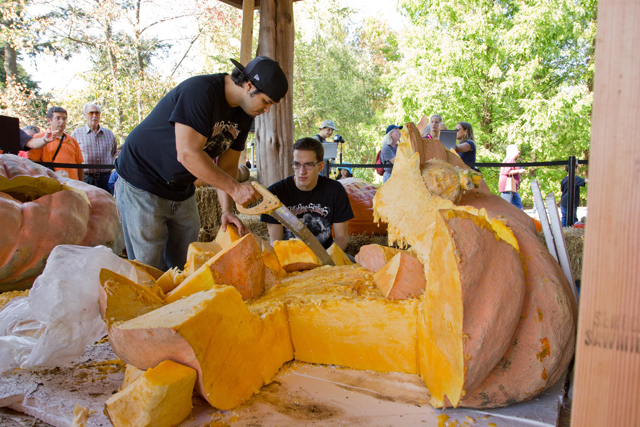 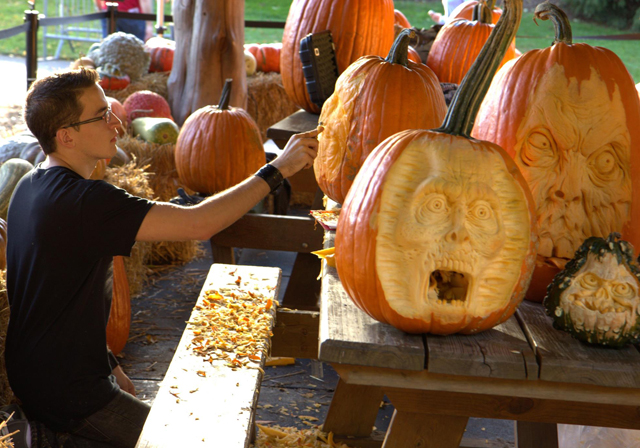 via My Modern Metropolis, Flavorwire and Neatorama