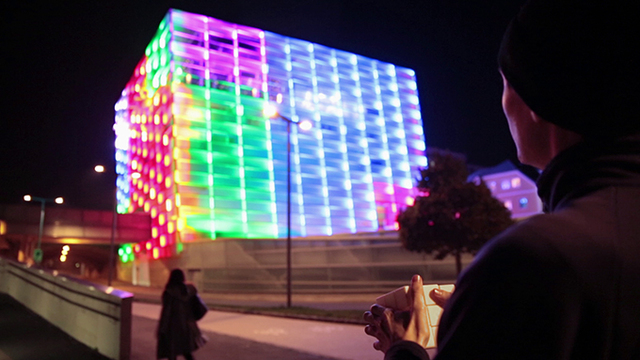 Spanish designer Javier Lloret transformed the Ars Electronica Futurelab in Linz, Austria into a massive, playable Rubik’s Cube. The project, called “Puzzle Facade,” works by sending signals from a specially-designed interface cube held by the player to the building, which updates the colorful pattern of lights on its surface. Even though a player can’t see all four sizes of the building at once, the project can sense the rotation of the smaller cube and orients the colors on the building accordingly. Here’s a video of the project in action: 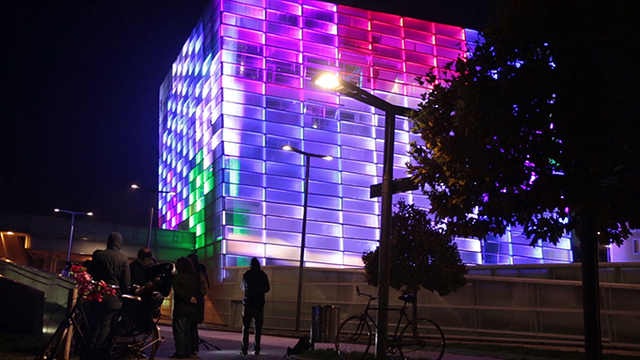 photos and video via Javier Lloret