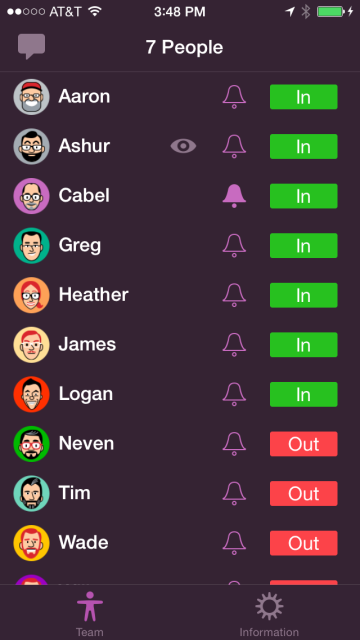 PunchClock is an office in/out tracker by Mac and iOS software developer Panic that uses Apple’s iBeacons and iOS 8 to keep tabs on when people are in the office. Panic also added the ability to send push notifications to anyone marked “in” via PunchClock. Though the tracker is not a retail product, Panic has made PunchClock available on GitHub.

With this new technology in-hand, it wasn’t too long before I put together a brand new office In/Out tracker called PunchClock. It uses a combination of a geo-fence and iBeacon tracking, plus a simple Sinatra backend hosted at Heroku. The part that took the longest to fine-tune was figuring out the right combination of polling to provide good location information without draining the battery.