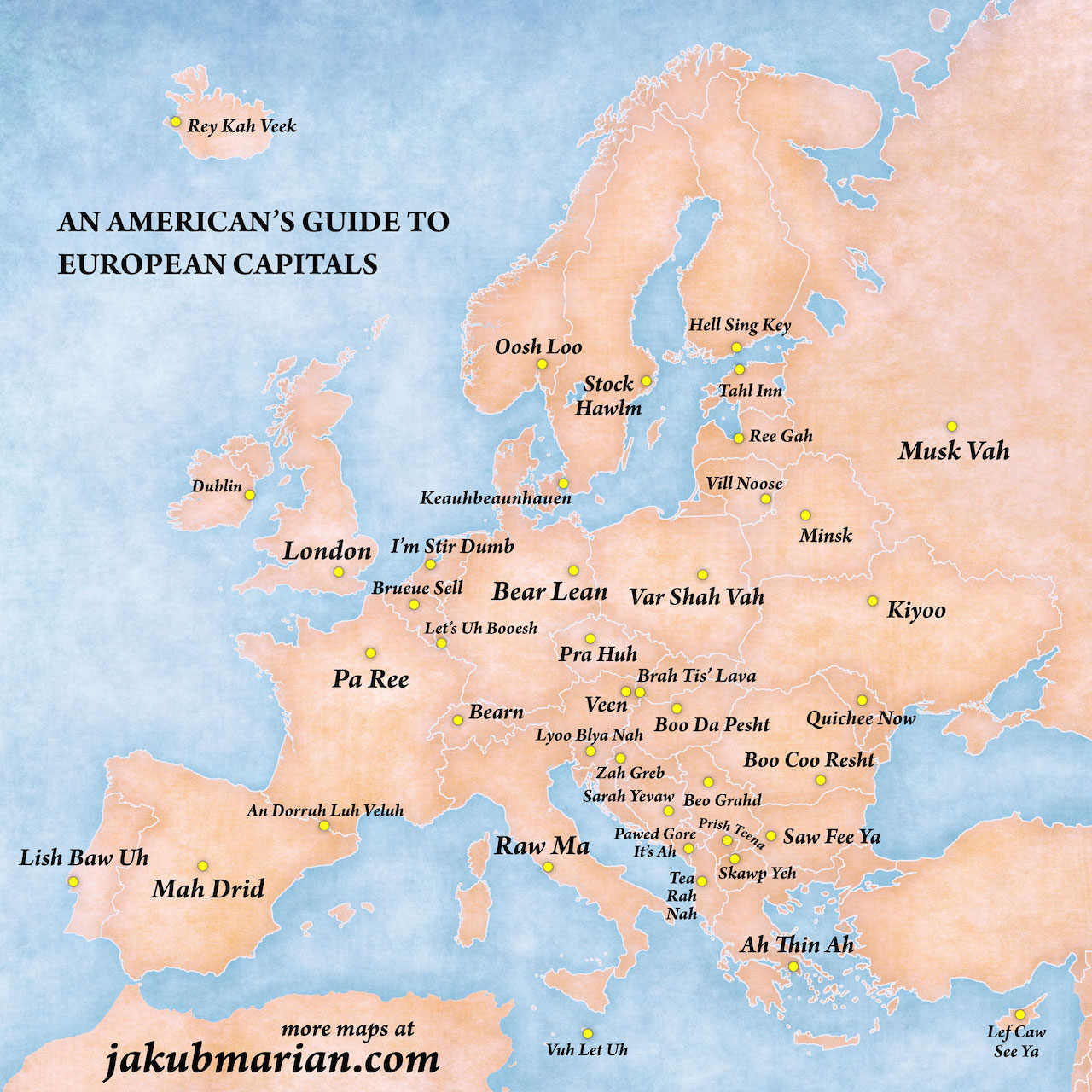 Czech linguist, data scientist, graphic designer, and musician Jakub Marian has created an amusingly informative map of Europe that phonetically spells out the name of each country’s capital city for easy pronunciation by English speakers. Marian further explains these pronunciations with a few satirical explanations.

Moldova has become a full member of the Francophonie (even though Moldovans do no speak French) solely because of their love for French pastry. To make that clear to the French, who rarely speak to Moldovans, they named their capital “Quichee Now” (Kishinev).

The Norwegian capital, Oosh Loo, was named in silent protest against the Swedish occupants after the Swedish–Norwegian War. In the very concise Norwegian language, “Oosh Loo” means roughly “Shoo, that’s not your loo” (Oslo).