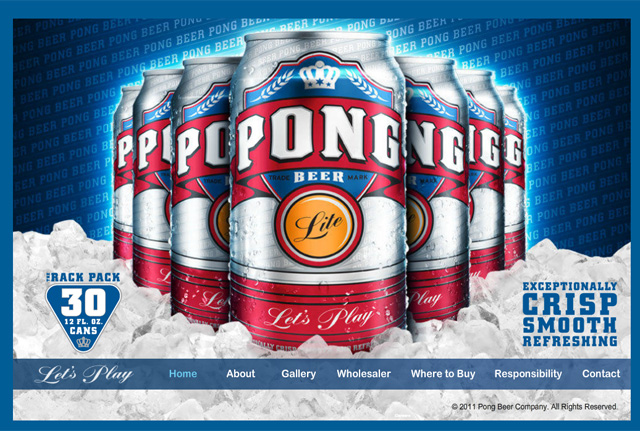 Pong Beer is a beer marketed for playing the drinking game (sorry, sport) of beer pong. Sold in “Rack Packs” of 30 cans (each comes with 2 pong-playing balls), this new light beer makes it easy to play beer pong. It is brewed by LaTrobe Brewing Company and currently has limited distribution.

The Phenomenon: The sport of beer pong has grown from an obsessive game played by college students into a mainstream industry. 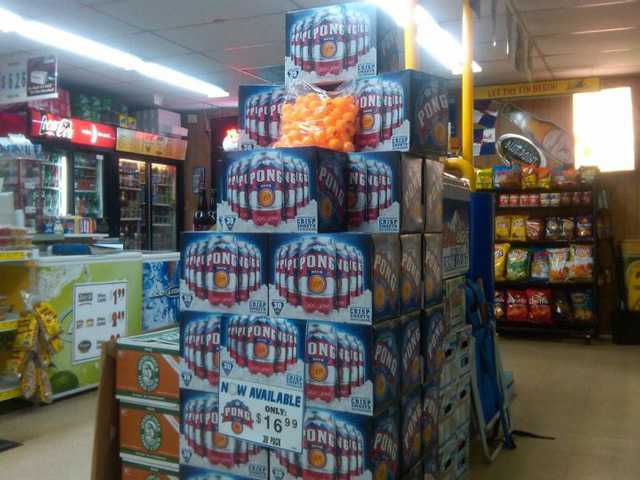