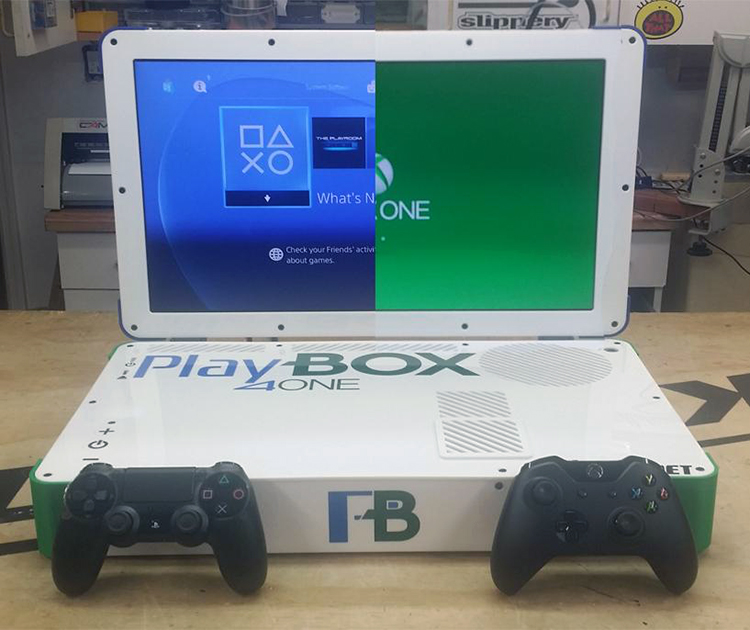 Fort Myers, Florida-based engineer Edward Zarick of EdsJunk has used his skills to create the PLAYBOX, a combination of the Xbox One and PlayStation 4 video game consoles in a single laptop. Zarick goes into detail on how he built the modded video game laptop in his instructional PLAYBOX video.

Back in October 2014, he also managed to successfully merge an Xbox One and Xbox 360 console to create the XBOOK DUO laptop.

Well guys, I did it… I managed to cram a Playstation 4 and a XBOX ONE into a 22? Laptop form factor. This was a prototype unit I made for a specific customer and it came out beautifully! 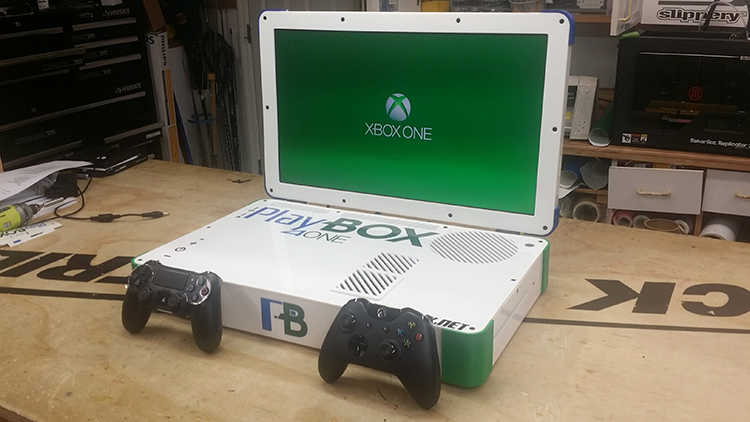 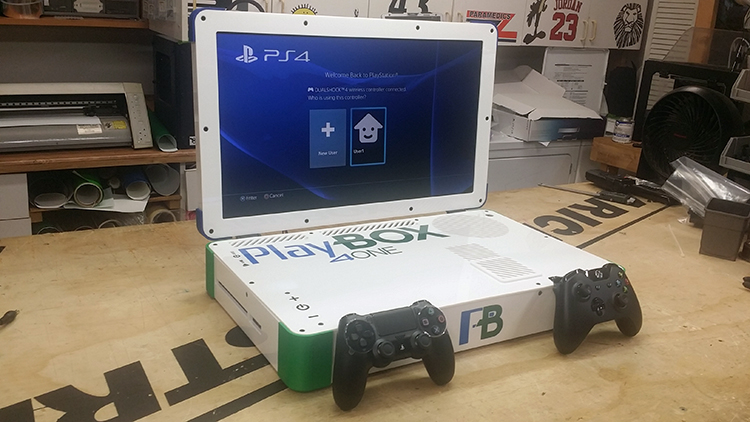