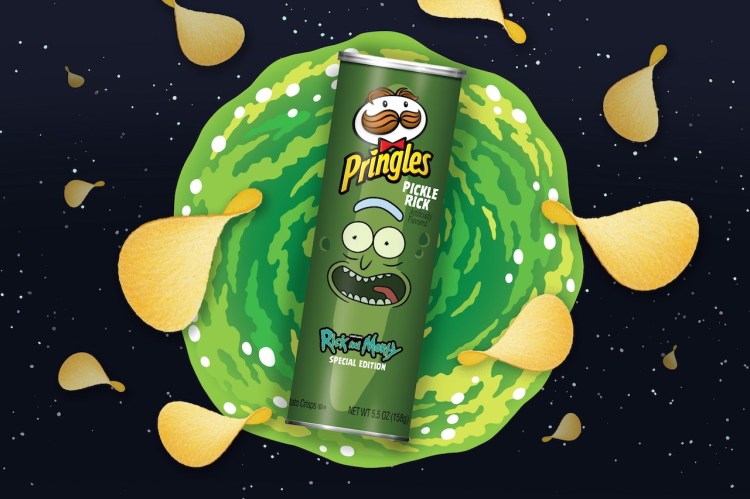 Adult Swim has partnered with the Kellogg’s Company to premiere a 30 second animated ad during Super Bowl LIV on February 2, 2020 to introduce their newest flavor in the Pringles Stackers line – Pickle Rick potato chips. The chips will be available for purchase across the US on the same day as the ad.

On 2/2, @RickandMorty will take Pringles into Dimension 54. pic.twitter.com/Oge9sVB9H9

This flavor, of course, is in reference to the now infamous Rick and Morty episode from the third season during which Rick turns himself into a pickle in order to avoid going to therapy with his family.

For the 2020 Big Game, Pringles® is returning for the third year in a row, but this time in partnership with the biggest pop culture hit around, Adult Swim’s award-winning series Rick and Morty™. Known for its bold flavors, playful nature and endless stacking possibilities, Pringles will this year test the limits with Rick and Morty, in a humorous, mind-bending animated spot. And because of the intense fandom around Rick and Morty, the partnership will feature a flavor of their very own. …These crisps hit shelves coast to coast timed around the Big Game, but only in our universe (C-137).