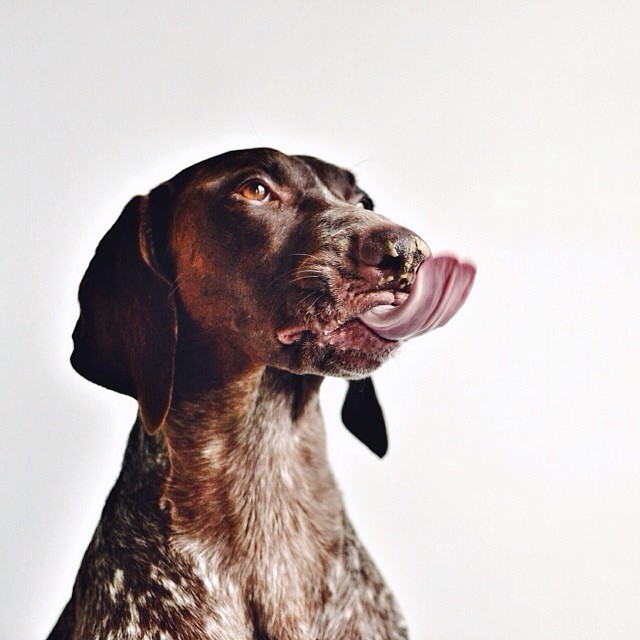 #peanutbutterseries is a photo series of dogs eating peanut butter. Stephanie McComb, guardian of two German Shorthair Pointers, Travis and Gus (aka the Pointer Brothers) started the series in November 2013, seemingly by accident.

“I was watching the boys eating peanut butter one day and burst out laughing at the faces they were making,” says Stephanie of her pups Travis and Gus, “so I grabbed my camera and started shooting. The photos ended up being so funny I wanted to see other dogs in action!”

Since then, there have been hundreds of people have been tagging pictures of their own pooches partaking in the goodness that is peanut butter. It’s insanely cute. 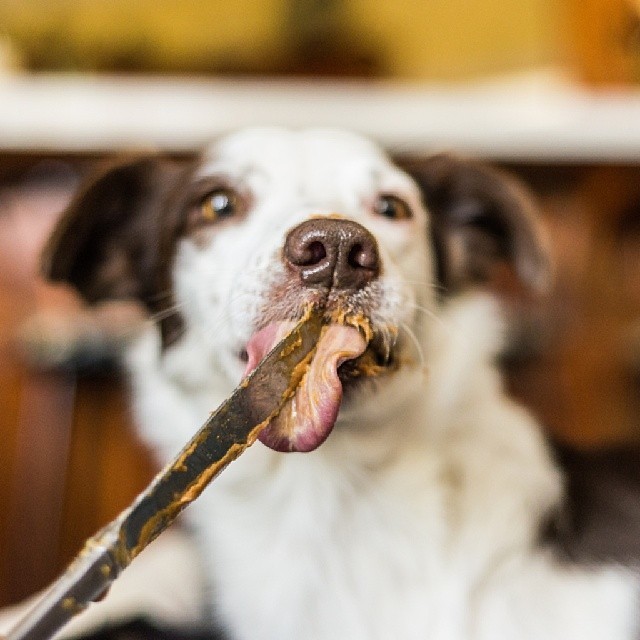 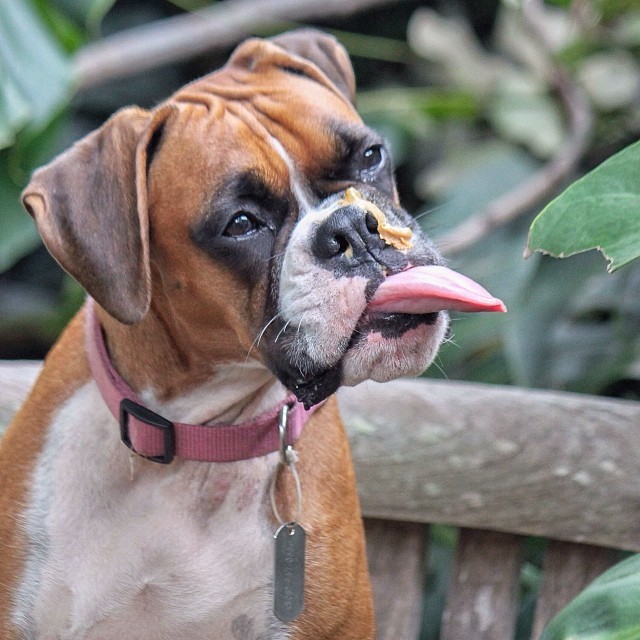 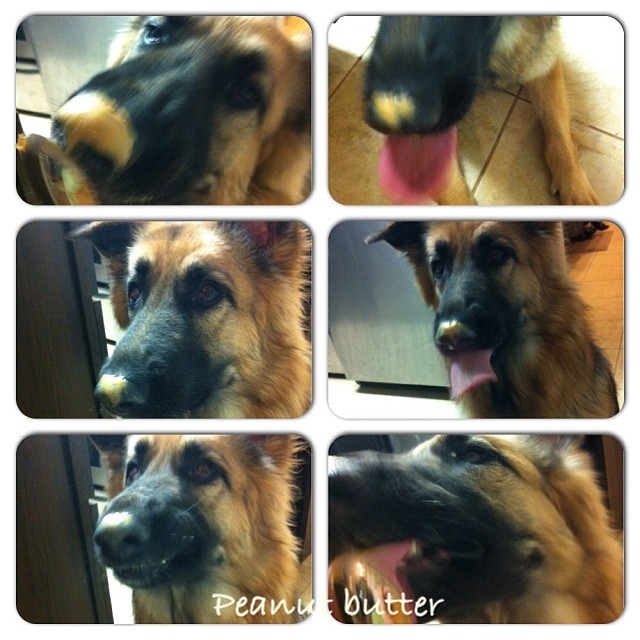 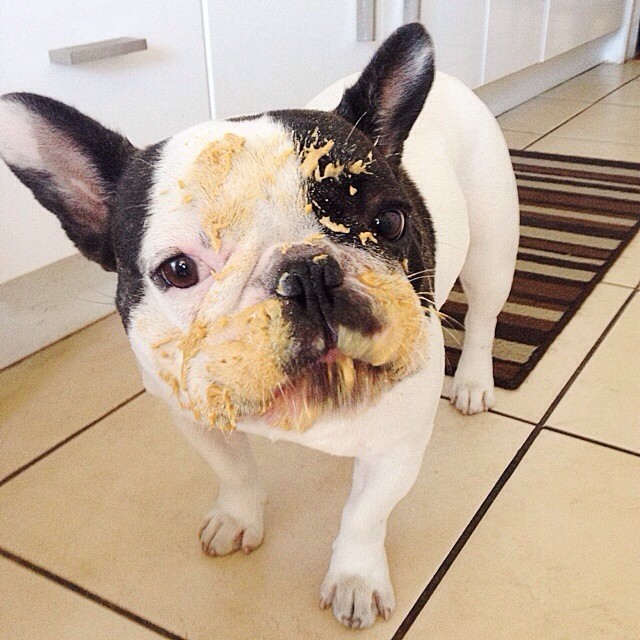 And there’s always at least one cat who wants to get in on the fun. 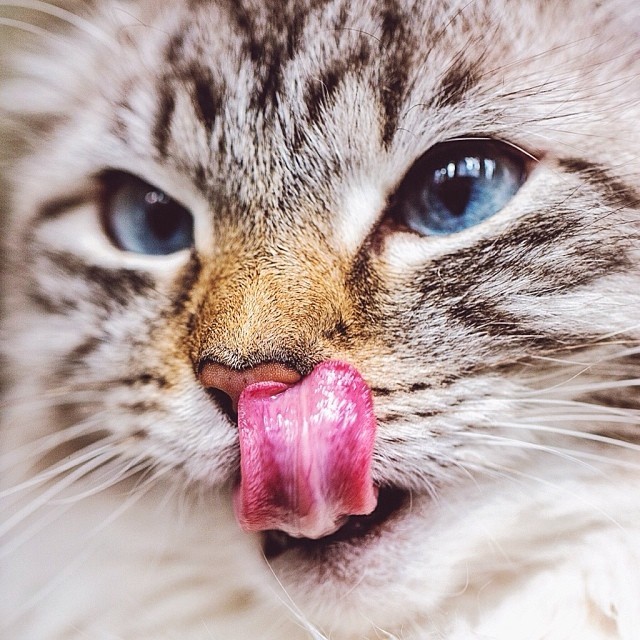