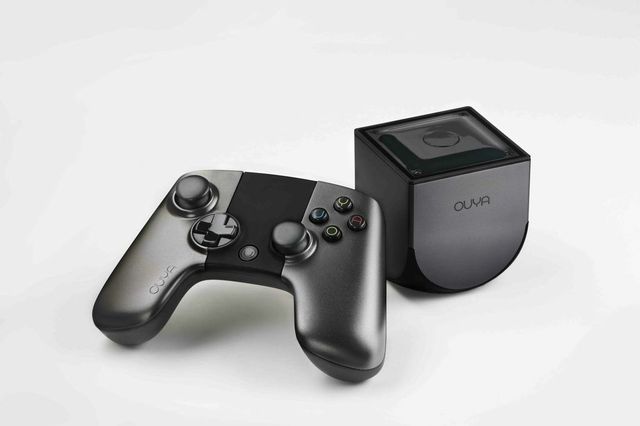 The Ouya is a tiny, cube-shaped, Android-powered gaming console that allows users to play games and stream movies and television at 1080p. Currently, the Ouya boasts a library of 104 games and several media streaming apps, and every single game on the console is free to try. The device is about three inches cubed, has 8GB of internal storage, and runs Android on a quad-core NVIDIA Tegra 3 processor with 1GB of RAM. Though the Ouya only ships with one controller for $99.99, it supports up to four — which can be purchased separately for $49.99 each — as well as additional Bluetooth devices. The console is currently shipping to those who backed the project on Kickstarter last year, and will be available in the US, UK, and Canada on June 4th from retailers like Amazon, Best Buy, GAME, GameStop, Target, and Ouya’s website.