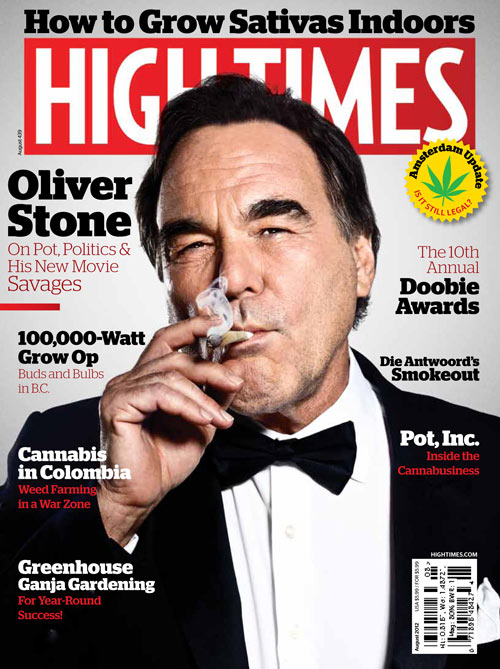 Director Oliver Stone is shown smoking a joint on August 2012 cover of High Times magazine. In this issue, Stone is interviewed about his upcoming crime-thriller movie, Savages, “his criticisms of American foreign intervention, and the global drug war” and his “fondness of cannabis”.