On Monday, January 5, 2015, Oakland, California’s new mayor Libby Schaff arrived for her inauguration at the Paramount Theater in a most striking vehicle. The mayor was driven to the theater aboard The Golden Mean (previously), a fire-breathing snail car created by Oakland artists (and couple) Jon Sarriugarte and Kyrsten Mate. Sarriugarte acted as driver while a chase car and a parade of additional vehicles filled out the motorcade. 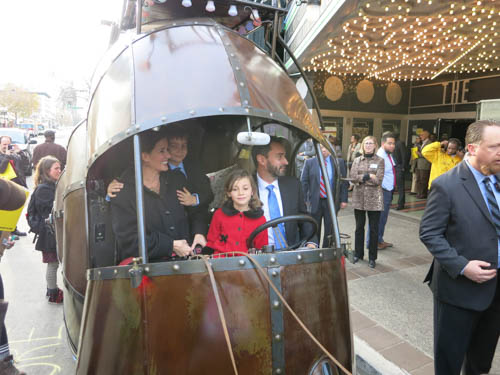