In the latest trailer for the Marvel Comics-based film X-Men: Days of Future Past from film studio 20th Century Fox, the X-Men from the past fight to save the future with a little help from their future selves. The movie stars Patrick Stewart and James McAvoy as old and young Charles Xavier, Ian McKellen and Michael Fassbender as old and young Magneto, Peter Dinklage as Bolivar Trask, and Hugh Jackman as Wolverine. X-Men: Days of Future Past is set to release in theaters on May 23rd. 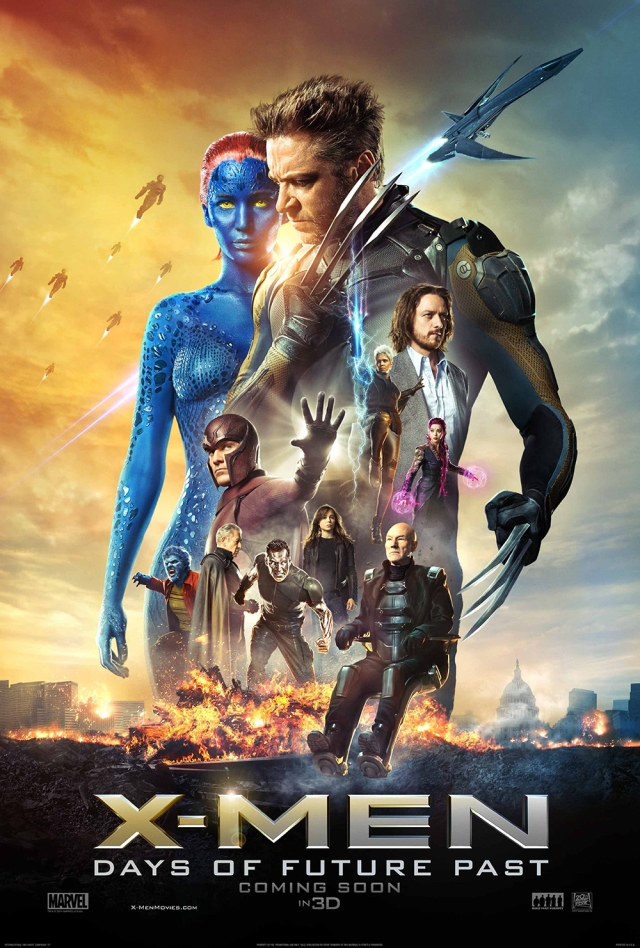