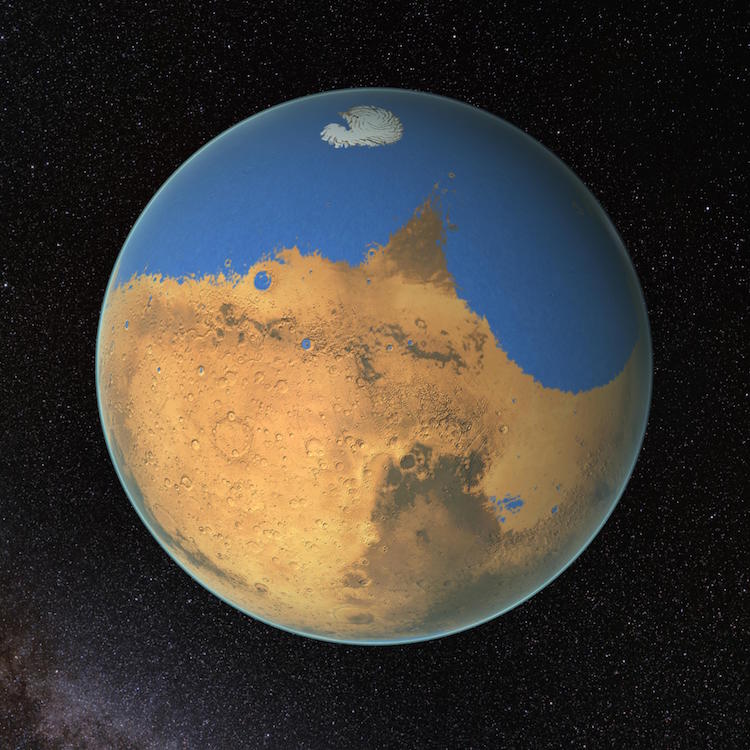 Mars once had an ocean that held more water than the Earth’s Arctic Ocean, but lost most of that water to space says new research by NASA. The NASA researchers believe Northern plains of the Martian surface are a likely candidate for the location of the ancient ocean which would have covered 19% of the planet’s surface. Compare that to the Arctic Ocean which covers just 17% of the Earth’s surface.

NASA researchers studied two types of water, H2O and the less commonly known HDO–or semiheavy water. They compared respective H2O and HDO levels on Mars now with a Martian meteorite dating back 4.5 billion years to measure the change in atmosphere and the rate at which the planet lost its water.

The new research says Mars was wet much longer than previously believed and for a longer period of time than it took life to develop on Earth, raising new questions about whether Mars ever supported life. NASA produced two videos explaining the ancient Martian ocean and how it was measured.