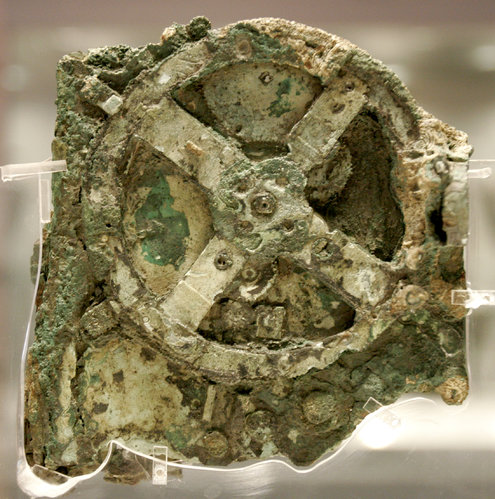 The Antikythera mechanism, recovered in 1901 from a shipwreck off the Greek island of Antikythera, is an ancient analog computer that is believed to have been used to predict astronomical events and movement. While the exact age and creators of the mechanism have long been a subject of debate among scientists, the technological knowledge used to build this device was at some point in history wiped out and devices of similar complexity were not seen again until the 14th century.

Many have speculated that the Greek mathematician Archimedes was responsible for the device, but new analysis recently published in the Archive for History of Exact Sciences by Dr. Christián C. Carman at the National University of Quilmes and Dr. James Evans of the University of Puget Sound suggests that the calendar of the mechanism began in 205 B.C., which is 50 to 100 years earlier than previously thought. This timing suggests that Archimedes is less likely to be the creator of the mechanism, leaving the mystery of the creator wide open.

An analysis done by Dr. Paul Iversen of Case Western Reserve University of a dial on the mechanism used to date the Olympic Games indicates that the device may have originated from the Greek island of Rhodes, where the games were held.

Dr. Evans said, “We know so little about ancient Greek astronomy. Only small fragments of work have survived. It’s probably safer not to try to hang it on any one particular famous person.” 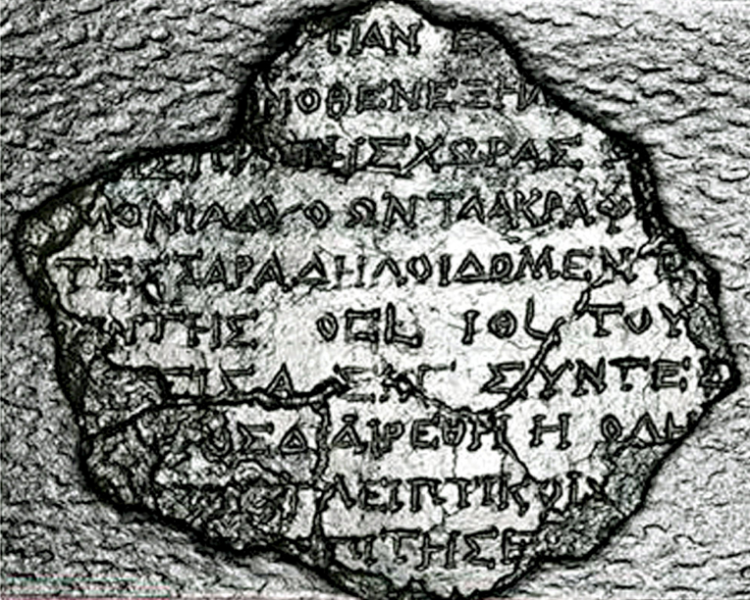 Surface inscriptions of the mechanism via New York Times

A recent exhibition of artifacts from the shipwreck was held at the National Archaeological Museum of Athens.

Apple engineer Andrew Carol built a fantastic functioning reproduction of the Antikythera Mechanism in 2010 from LEGO Technic bricks and parts.

More information can be found at the Antikythera Mechanism Research Project.