The monster is within.

In the shadows of a rusted Pennsylvania steel town, the mangled body of a teenage girl is discovered. As they hunt for a monster among them, rumors mount and many of the eccentric residents become suspects, from the newly arrived gypsy family to the wealthy Godfrey clan. In the twisted world of Hemlock Grove, everyone hides a dark secret. 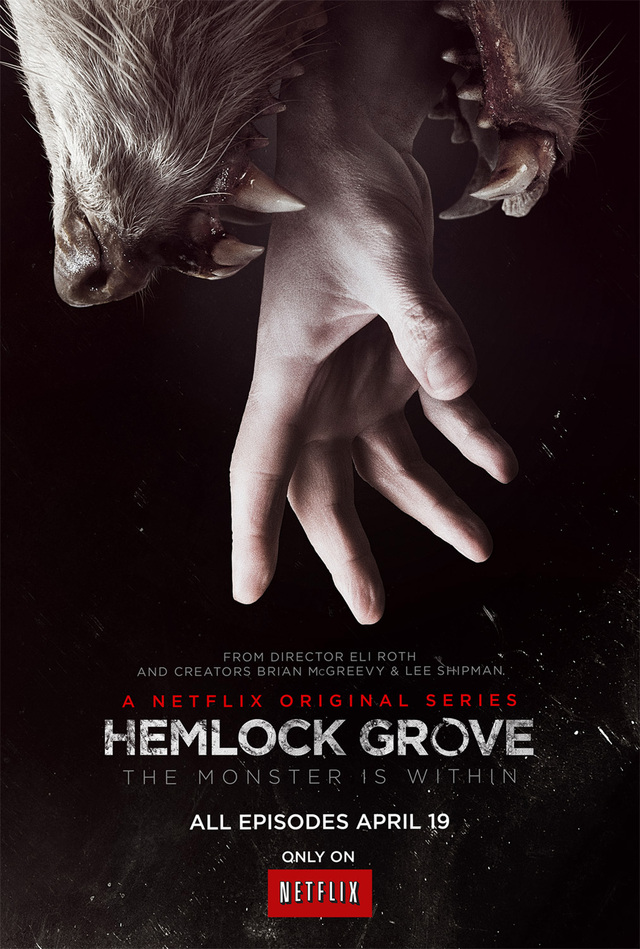