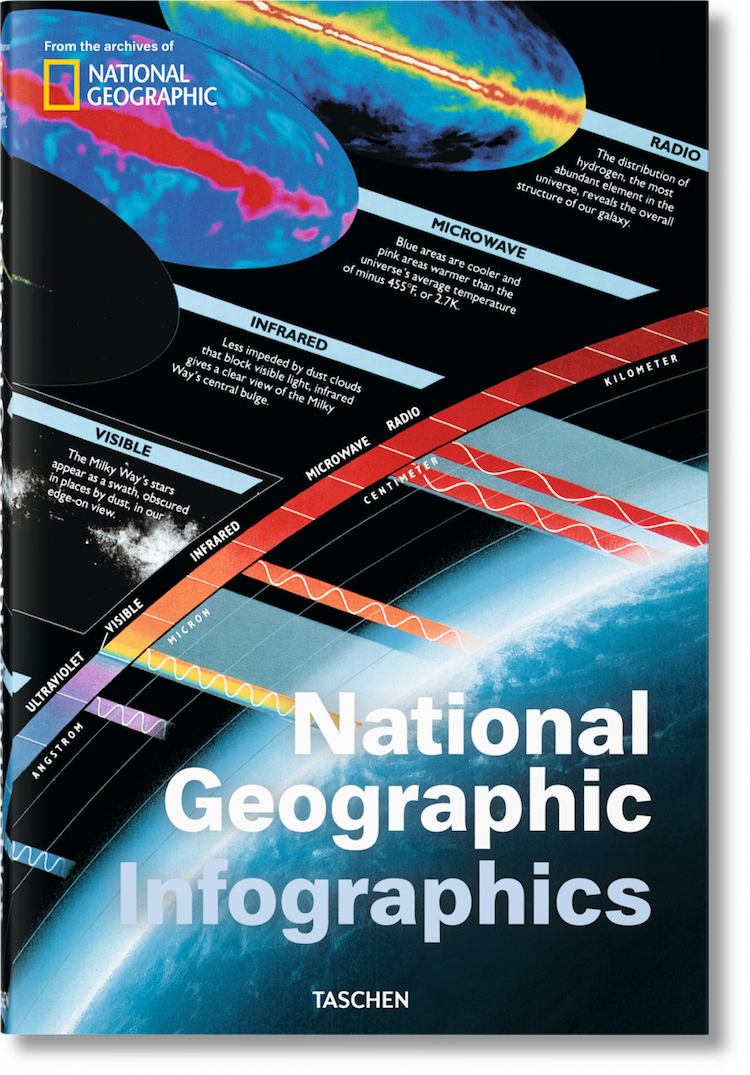 International publisher Taschen has announced the release of National Geographic Infographics, a stunning pictorial history of the magazines’s pioneering infographics. Along with photography and journalism, the use of infographics has always been one of the three pillars that National Geographic has used throughout its 128-year history to provide fascinating content to its readers. This is the first time, however, that these illustrations have been compiled into a single, colorful book.

With an essay by Nigel Holmes, charting the evolution of National Geographic over the decades and its pioneering use of graphics, as well as five fold-outs mimicking original pull-outs or inserts in the magazine, the book stands as a defining record of one of the world’s best-known publications as well as a beautifully presented repository of accessible discovery and learning. Visualizing the histories, facts, and figures that make up our planet and our species, National Geographic Infographics is as true to the magazine’s original mission as ever—an anchor of knowledge and a wunderkammer of discovery for young and old alike. 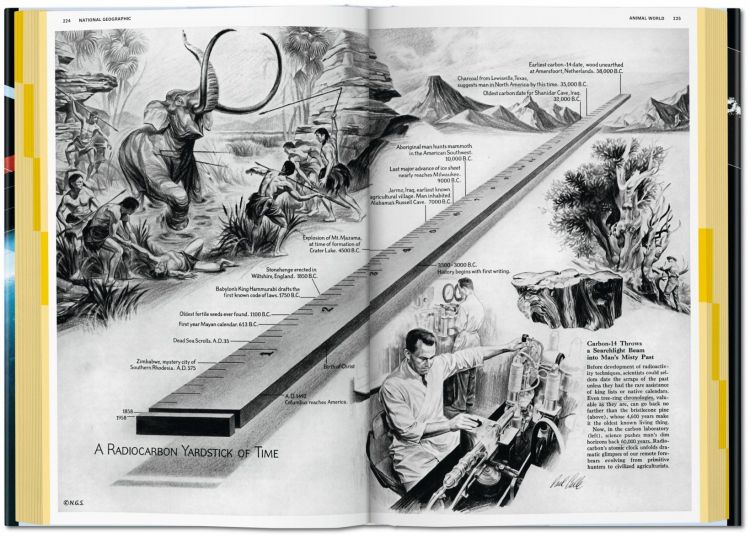 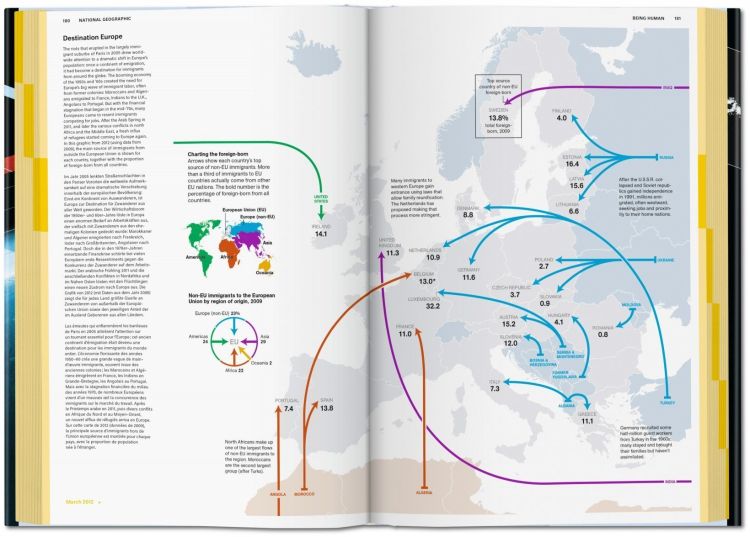 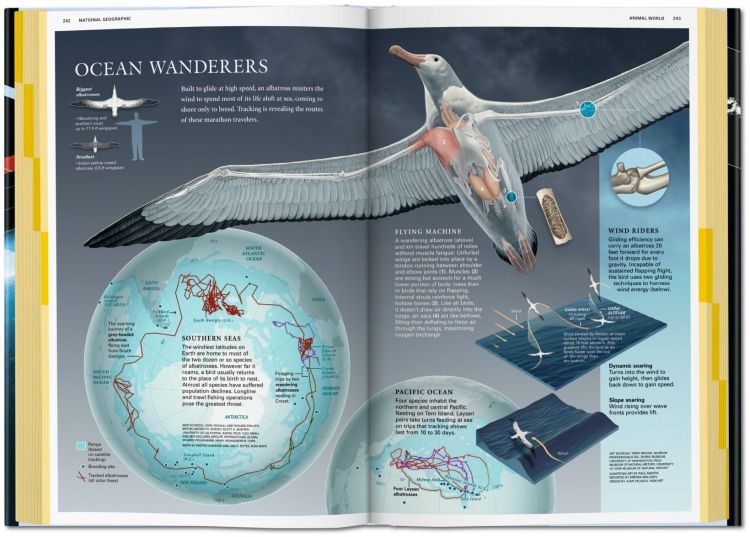 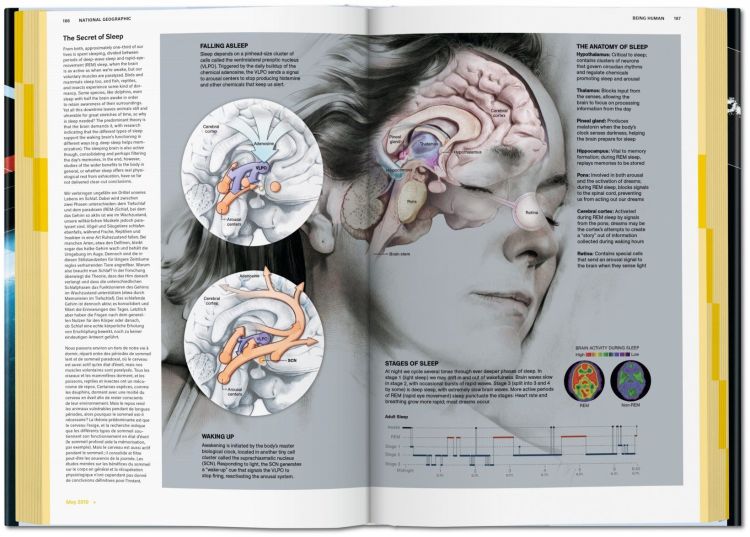 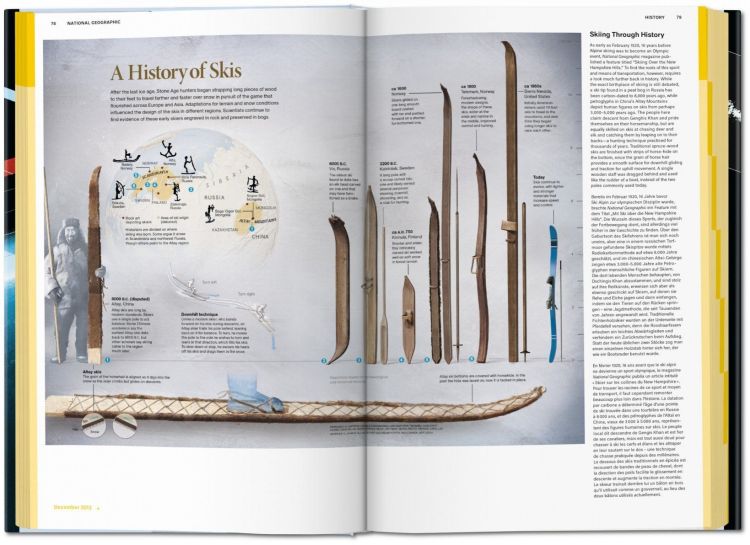 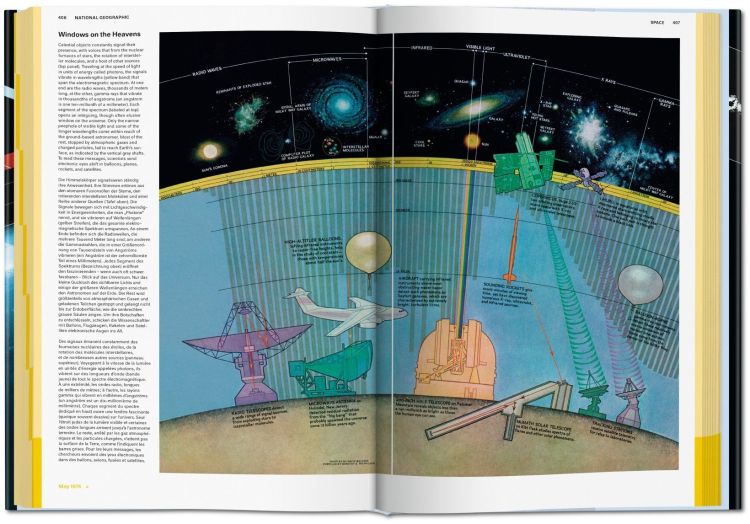