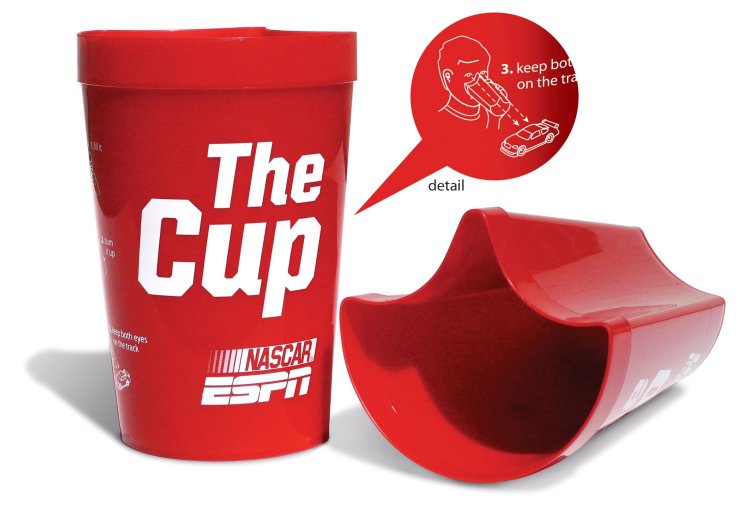 In 2009, a creative team at Wieden and Kennedy New York created a very cleverly designed wide-mouth plastic giveaway cup for their client ESPN. This cup featured two cutaways on the far side that let NASCAR fans enjoy their favorite beverage quite comfortably without having to take their eyes off the track. 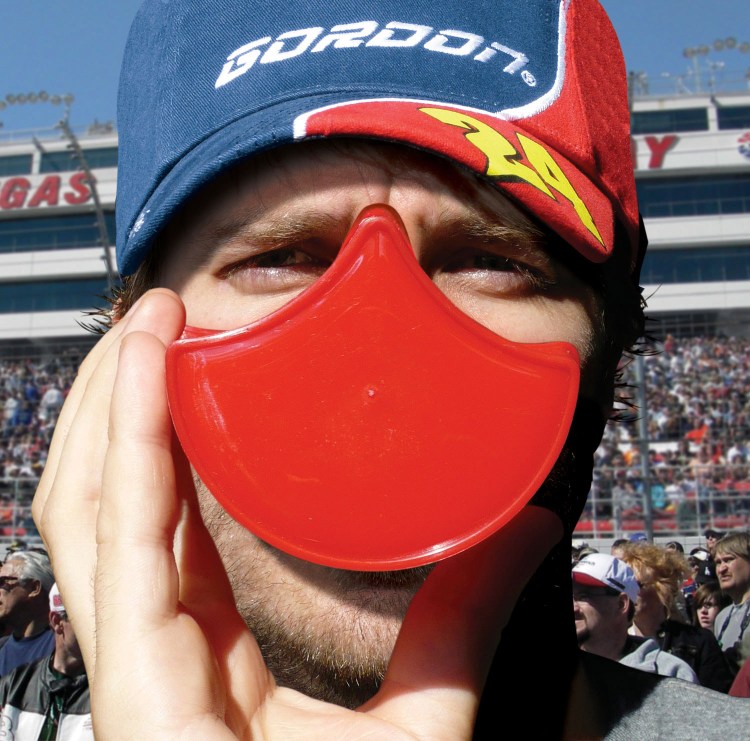 The Cup. In 2009 the creatives at @wknyc produced this wonderful at track giveaway for client @espn. Designed with the fans in mind, this drinking apparatus allowed you to enjoy any tasty beverage without missing the action on the track. #nascar pic.twitter.com/64sb2heoWp

The design was so clever that it received a “Bronze” accommodation from the 2009 One Club for Creativity Show Awards.