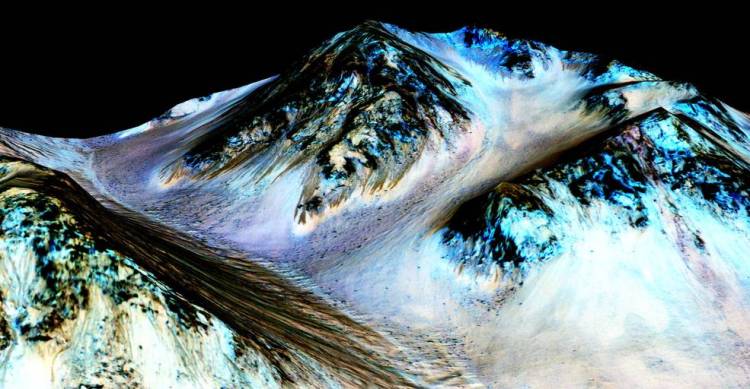 Recurring slope lineae along the slopes of Hale crater.

Details of the discovery have been published in a paper in Nature Geoscience, and they focus on the salty water discovered in recurring slope lineae (RSL) under certain seasonal conditions. Scientists have observed RSL in the past, and found that they appear and dissipate in seasonal patterns but could not confirm that they were caused by liquid water until recent observations including those by the orbiting HiRISE instrument on board the Mars Reconnoissance Orbiter.

The presence of water on Mars raises new questions about the possibility of current life on Mars, and could impact how future Mars missions are conducted to answer those questions. 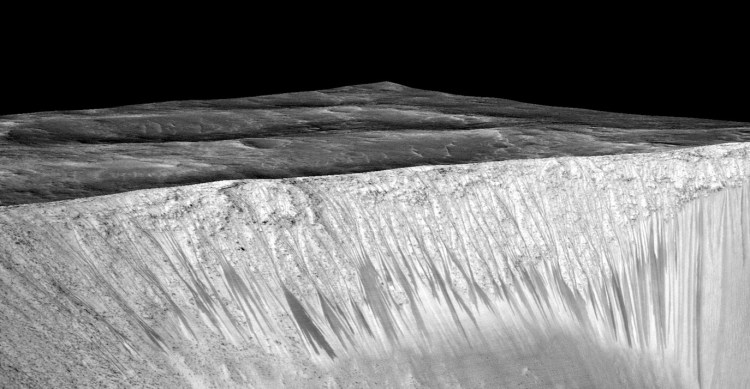 RSL along the walls of the Garni crater.

images via NASA/JPL/University of Arizona