At the Inner Harbor of Baltimore, Maryland, a googly-eyed wheel nicknamed Mr. Trash Wheel sits upon the water using its current to filter out debris and keep garbage from entering into the nearby Jones Falls Watershed. Mr. Trash Wheel came about in 2009, when Adam Linquist, the Director of the Healthy Harbor Initiative, partnered with engineer John Kellet, who used the principles from a hay conveyor used on his family’s farm to create Mr. Trash Wheel. Since that time, Mr. Trash Wheel has sifted over one 1,000,000 pounds of garbage out of the water, making it safe for swimming and boating. Mr. Trash Wheel has also become a bit of a social media star, with over 9,000 followers on Twitter, a live stream, a reddit AMA and featured in videos and gifs. Mr. Trash’s female counterpart Professor Trash Wheel does the same work, just in at a different location.

The river’s current provides power to turn the water wheel, which lifts trash and debris from the water and deposits it into a dumpster barge. When there isn’t enough water current, a solar panel array provides additional power to keep the machine running. When the dumpster is full, it’s towed away by boat, and a new dumpster is put in place. 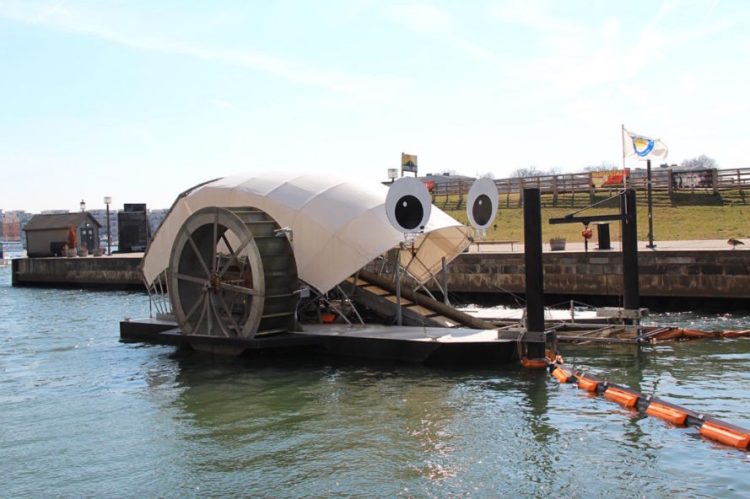