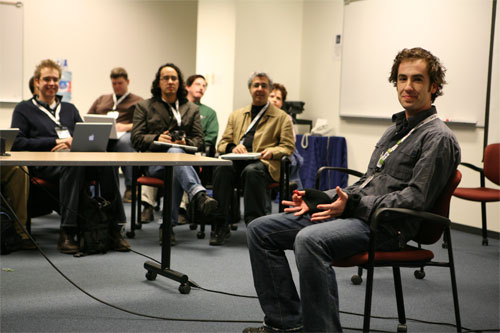 The first ever MooseCamp took place yesterday and it was a great success. Part of Northern Voice 2006 in Vancouver, MooseCamp featured a full day of self organized sessions and bloogers geeking out with each other. Of course I shot a bunch of photos. Here’s some of the stuff that I checked out:

– Matt Mullenweg gave a talk on the awesome WordPress comment spam service Akismet. I’ve been using it for a while and it eliminates most of my comment spam.

– Geek Entertainment TV was on the scene, with guest interviewer Sarah Pullman. Here’s she is in action interviewing Gnomedex organizers Chris Pirillo and Ponzi.

– Kris Kurg let a session called PhotoCamp, all about photography, both film and digital.

– Microsoft blogger Robert Scoble and Chris Pirillo gave a demo of Windows Vista, the next version of Windows that is coming out later this year.

– Chris Pirillo showed off his Thinkpad which was running a fully functional version of OS X. 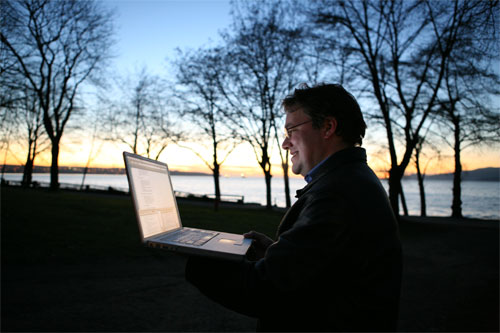 After MooseCamp was over, Boris Mann led us on a photo-walk with VanDigiCam (a local digital photography group), through downtown Vancouver over to beautiful Stanley Park, where we had a MooseCamp BBQ followed by a lantern lit walk back into the city for drinks at a local pub.