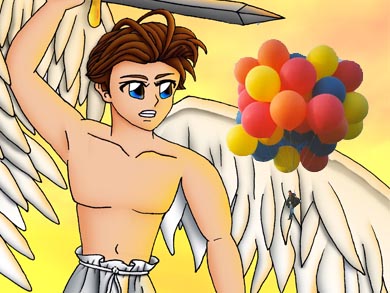 As part of the International Year Of Polytheism, Austria’s monochrom will be presenting “The Divining Pod” at this year’s Maker Faire 2007.

A balloon is a type of aircraft that remains aloft due to its buoyancy. A balloon travels by moving with the wind. The balloon is ONE BIG fabric envelope filled with a gas that is lighter than the surrounding atmosphere. A SINGLE balloon that is less dense than its surroundings, it rises, taking along with it a basket, attached underneath, that carries passengers or payload.

Cluster ballooning is an uncommon form of ballooning in which a balloonist is attached by a harness to a cluster of MANY SMALL rubber balloons.

Cluster ballooning is a perfect metaphor for the plurality and democracy of polytheism. Fight the concept of monotheistic single-balloon ballooning!

At Maker Faire San Francisco 2007 we want to present the world with the “Divining Pod”.

Join our effort to fill balloons with helium, tag the balloons with names of air goddesses and air gods, and lift a human being into the skies of diversity! We want to see the heavens open!

I helped recommend monochrom to the organizers of Maker Faire, so I’m really glad to see they are coming out and are part of the event. While they in town, monochrom founder Johannes Grenzfurthner will also be presenting at Sex Hacks on Monday. 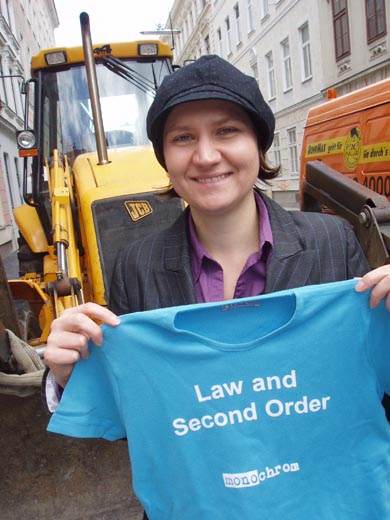 Oh hey, help support monochrom by buying one of their great t-shirts.