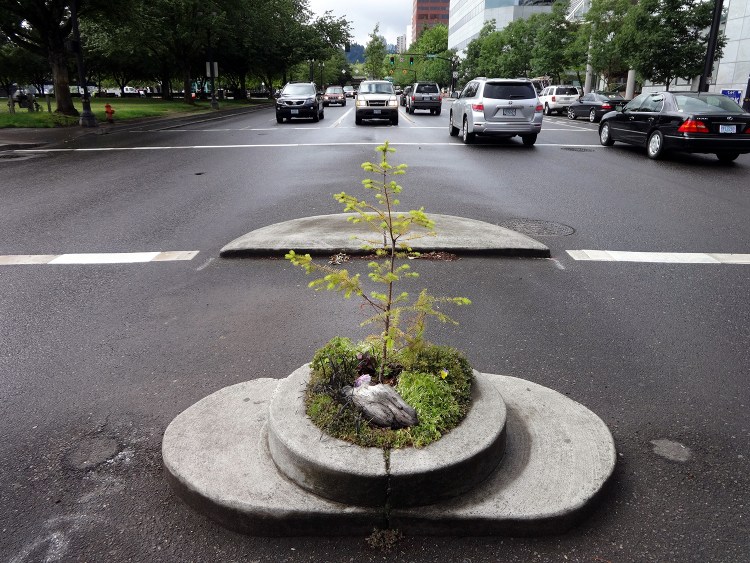 Mill Ends Park in Portland, Oregon is a city park spanning only two feet in diameter. In 1946, journalist Dick Fagan noticed that an unused light pole space in the middle of Front Street (what is now Naito Parkway) was growing weedy, he planted flowers in the space and documented all the fabulous imaginary happenings there in a column for the Oregon Journal called Mill Ends. The park, dedicated on St. Patrick’s Day in 1948, holds the Guinness World Record for the world’s smallest park, though that has been contested by a sports management group with the argument that Mill Ends Park is not a real park and that Prince’s Park in Burntwood, England should hold the world record. Mill Ends Park, however, is indeed a true city park that is maintained and is occasionally the site of events and tiny art installations. 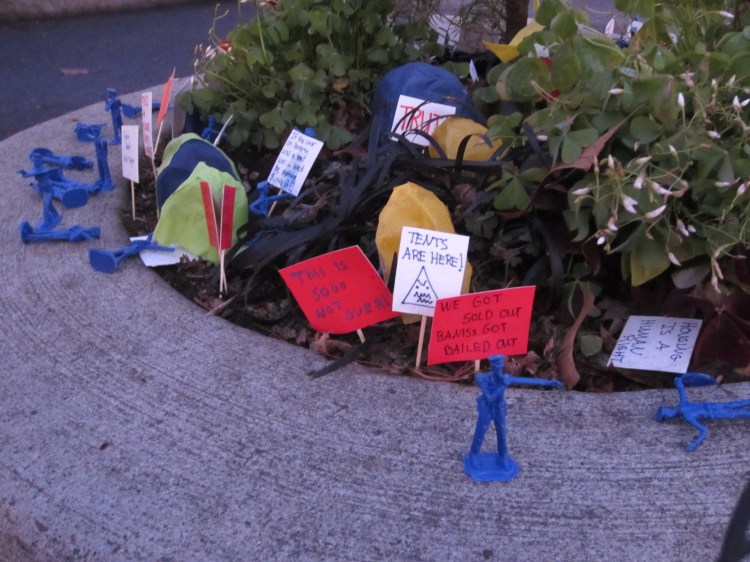 Mill Ends Park was occupied during the Occupy Portland movement in 2011. Photo by Another Believer