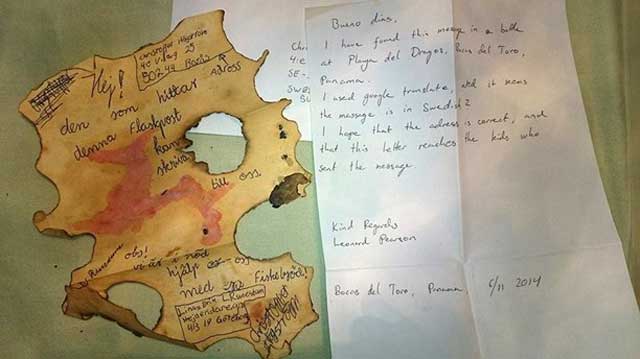 Back in 1992, Swedish siblings Erik (then six years old) and Lina Runestam, and childhood friend Christoffer Högström made a fake pirate map, added a message, placed it in a bottle, and dropped it in the sea near the harbor town of Hunnebostrand in Sweden. The pirate map featured burned edges and old-timey staining while the note (in Swedish) informed the recipient that the kids were stranded on a desert island. The message also included an address, which was not a desert island, but Högström’s home in Sweden.

22 years later, Högström received a reply, all the way from Panama, from a man named Leonard Pearson. The letter, dated November 6, 2014, explains that Pearson had found the bottle on a beach in Panama, translated the message with Google Translate, and was replying to the return address in hopes of reaching the kids. Pearson did not leave a return address–Erik reports that he and his fellow map makers are trying to locate Pearson to send him a reply. 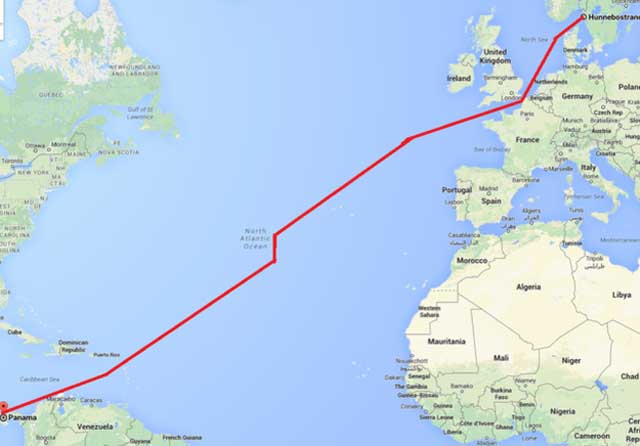 via BBC, Nothing To Do With Arbroath