Here’s trailer for the straight-to-DVD film “Mega Shark vs. Giant Octopus” by Ace Hannah staring Deborah Gibson (as in pop singer Debbie Gibson) and Lorenzo Lamas. The film is scheduled for release on May 26th.

The California coast is terrorized by two enormous prehistoric sea creatures as they battle each other for supremacy of the sea.

In addition to earthquakes, here in San Francisco we need to add Mega Shark attacks on the Golden Gate Bridge to our list of things to worry about. 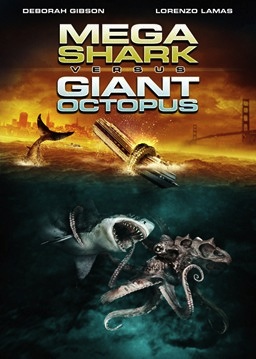