On an episode of Super-Fan Builds (previously), designer/master builder Tim Baker and his team at Tim Baker Creations granted the wish of viewer Karen Brooks to create a “Groot Swing” for her husband Michael Coleman and their son Patrick, after they both fell in love with the Guardians of the Galaxy film. Baker started the project by making a maquette, a small-scale model that would give the welder an idea of the angles and details needed. Once the frame was built, he went on to create Groot in separate pieces.

His face and grin were hand-sculpted in foam and then cast in urethane. Each wood panel in Groot’s body was hand-carved to look like pieces of driftwood. The vines are actually rope wrapped and threaded throughout the sculpture and if you look at his hand, he has LED lights to replicate the firefly light effect in the movie. 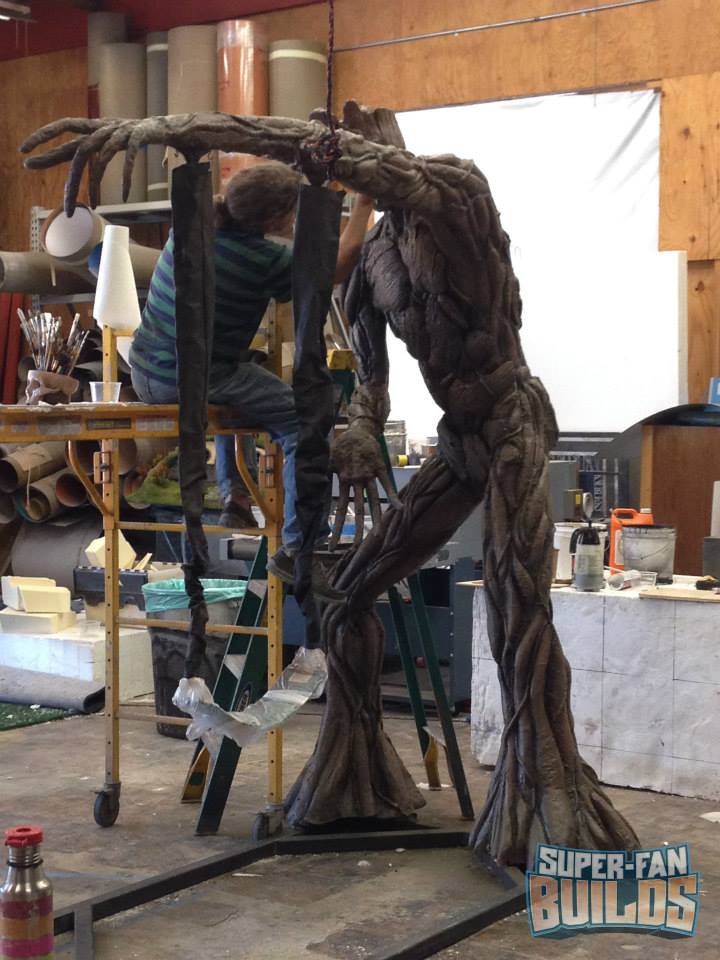