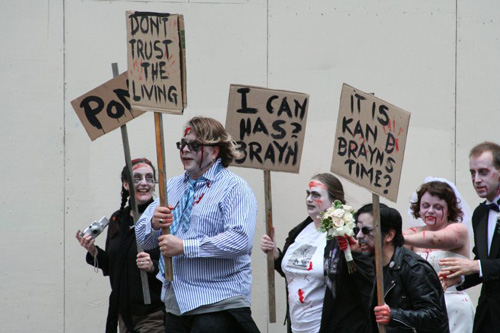 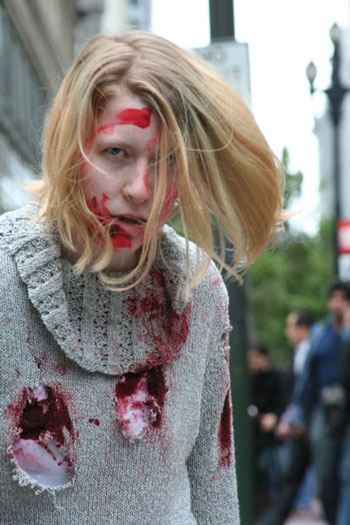 The rumors were true, a massive zombie outbreak took place on May 25th in San Francisco during Critical Mass. The documentation of the undead carnage is starting to surface. Stephan Zielinski has some great photos of the zombie hordes. Mike Ricca was on the scene, shooting a bunch of zombie photos. Hear are some Zombie Mob Invasion 2007 photos from Kanaka Pacifica.

Some video is starting to show up online, including a great one by Jonathan Bowerbank. We are also receiving reports of a zombie invasion in Memphis, TN. theogeo, Sean Davis, fearlessvk and Woody Wall have some photos from the scene. Personally, I’m quite horrified by theogeo’s photo that is captioned “the undead take beale”. Oh yeah, well not over my dead body…oh right, that’s the whole point.

UPDATE 1: This just in, there was a Zombie Walk on May, 26th in Adelaide, Australia. John Goodridge has some photos of the horrid scene. UPDATE 2: Looks like this was uber-zombie weekend. The Zombie Reporting Center has information on Zombie Walk Columbus which took place in Columbus, OH on Saturday, May 26th as well. Here are some links to photos. 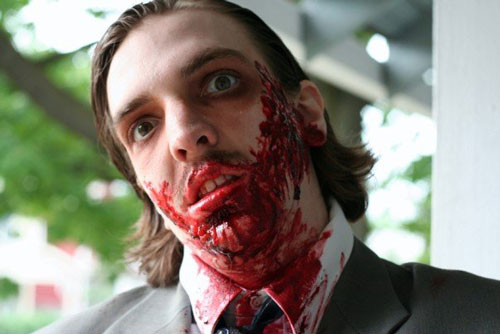 UPDATE 3: Brook and Ben Vanderford were married at SF Zombie Mob 2007. Here are some photos and video.