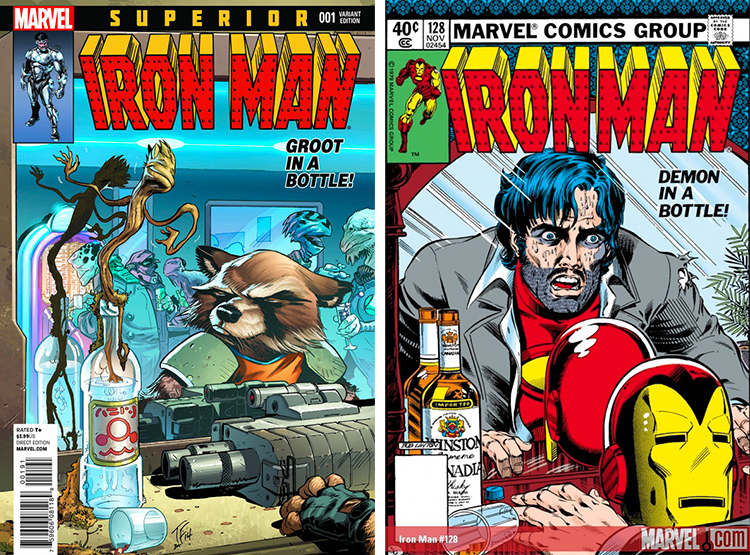 In celebration of Groot and Rocket Raccoon, two of the tough and lovable characters from Marvel‘s popular new film Guardians of the Galaxy, Marvel will be releasing 20 variant covers created by talented artists in November 2014 featuring the dynamic duo. Each variant will be a homage to a classic comic book cover, such as: Iron Man #128 (1968), The Avengers #4 (1963), and many others. 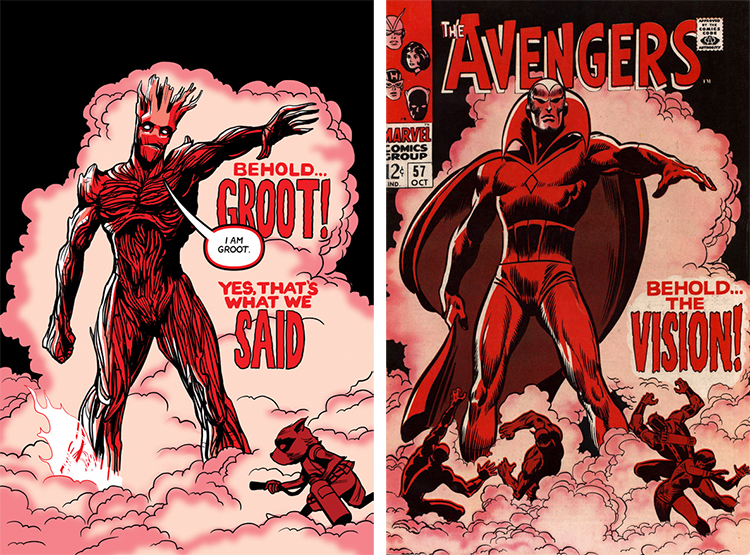 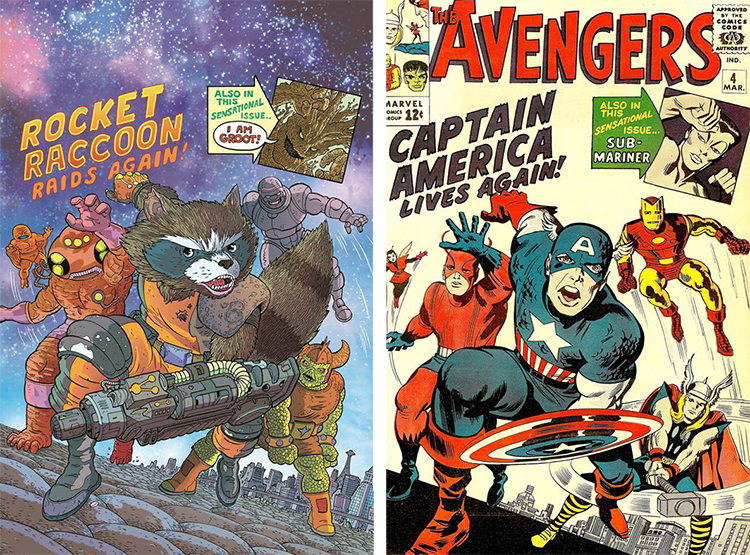 GROOT IN A BOTTLE! This is a terrific Superior Iron Man #1 variant cover by @tomfowlerbug. On sale in November. pic.twitter.com/48CB8rGskU