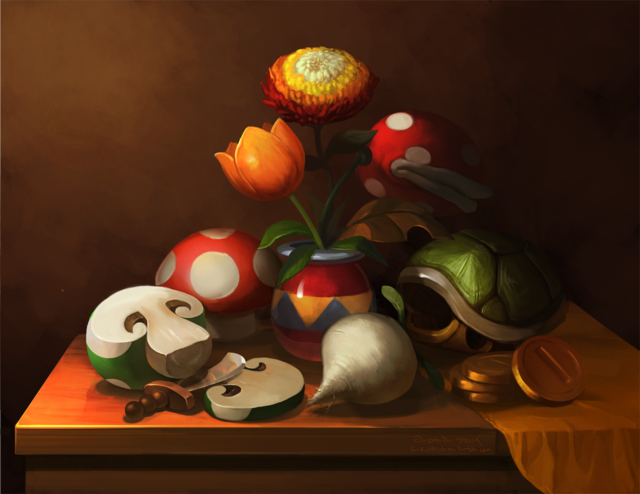 Toronto-based illustrator Elizabeth Sherry has created an amazing Mario-themed still life featuring fire flowers, 1UP mushrooms, coins, shells, and other iconic objects from the Super Mario Bros. universe. Sherry will be bringing the piece to Toronto Fan Expo in August.

Since making mock classical paintings is kind of my thing, I thought it would be fun to branch out from portraiture. It occurred to me that Mario had a lot of vegetables and flowers, such as may be found in a regular old-fashioned still life, and so I painted this. Every single thing in this painting came from a Mario game – even the vase.