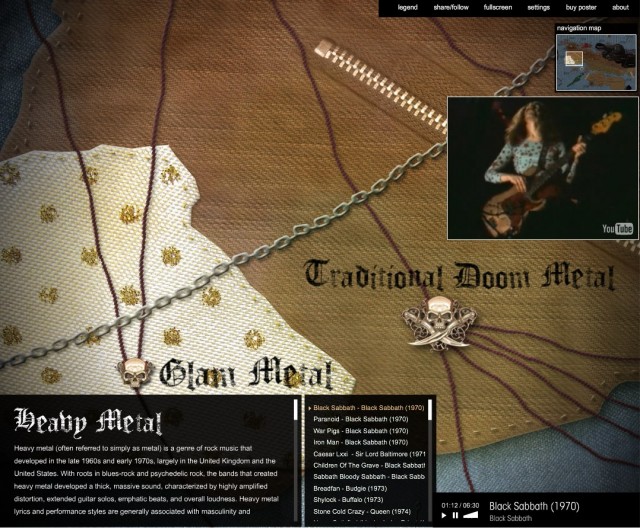 Head-banging info nerds rejoice! We already knew about the Periodic Table of Heavy Metal Bands, but here’s another site that displays the spectrum of head-banging bands in all of their subtlest distinctions. And lo, they call it Map of Metal.

The Map of Metal is credited to graphic designer Patrick Galbraith and metal historian Nick Grant. It’s an impressive graphical and interactive plotting of the multitude of musical genres in the realm of Metal.

If you, foolish mortal, think that Death Metal is the proverbial “end all” of dark loudness, then prepare to meet the 20+ genres and subgenres that also fall into the ebony territory of this most unholy map. They include Black Metal, Tech Death & Viking Metal. To say nothing of Unblack metal (also known as Christian black metal), Neue Deutsche Härte (a.k.a. “new German hardness”) and Visual Kei (“visual style” or “visual system”) a Japanese style.

There’s a geographical aspect to the map, both covering those real national boundaries as well as the stylistic borders where genres like Punk Rock, Grunge and Post Rock are adjacent to the mainlands of metal territory. And so you’ll also find the spectrum of metal bands from Kix to Cannibal Corpse represented, there is also, somewhat strangely, the likes of Stereolab and The Grateful Dead on the peripheries. All the genres have a writeup (drawn from Wikipedia) and a list of exemplary bands with YouTube videos that play in place on the map. 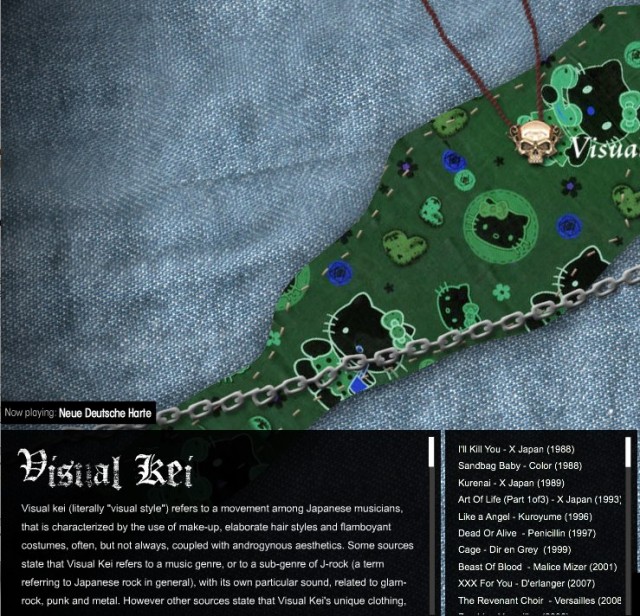 And if dragging the thing around virtually bugs you–you can’t ever see the entire map in the Flash version–you can buy a copy for your wall.