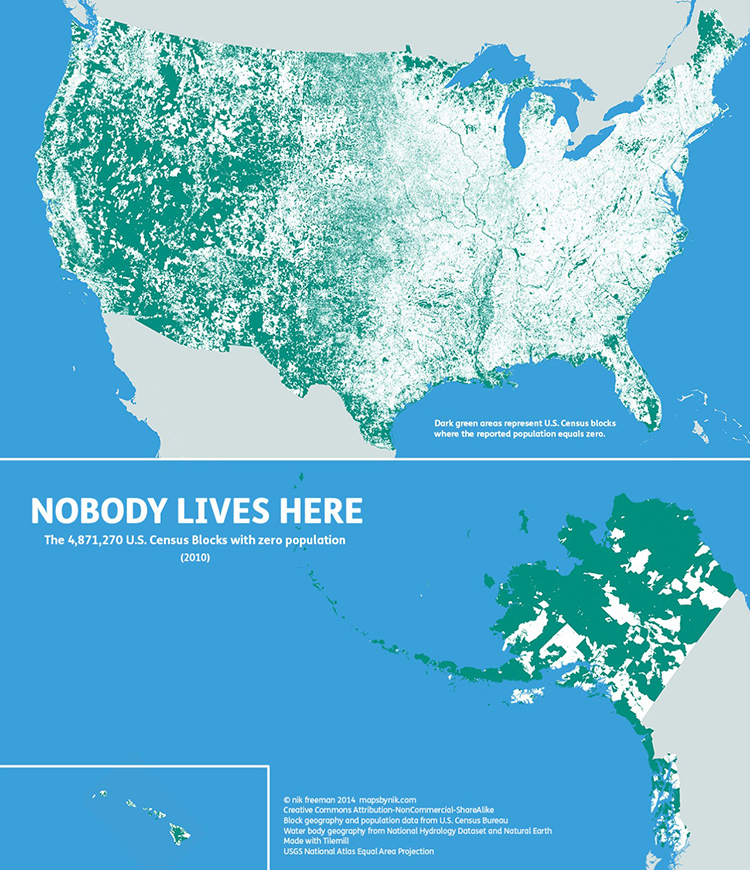 Cartography site mapsbynik has created Nobody Lives Here, a fascinating map based on 2010 Census data that highlights the surprisingly common blocks in the United States that report having no population. In all, the zero population covers 4.61 million square miles of the US, which is around 47% of the country’s land mass. mapsbynik is also selling a framed print of the map.

Ultimately, I made this map to show a different side of the United States. Human geographers spend so much time thinking about where people are. I thought I might bring some new insight by showing where they are not, adding contrast and context to the typical displays of the country’s population geography.