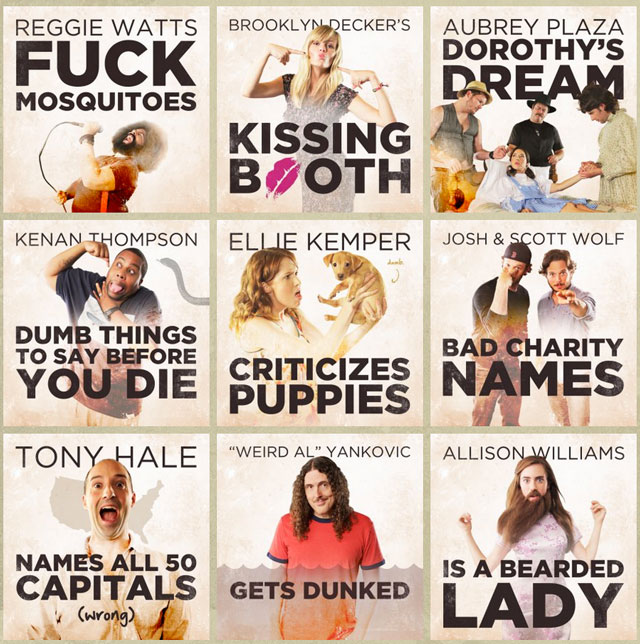 CollegeHumor and Malaria No More recently rallied comedic celebrities together for Malarious, a collection of 24 funny videos produced in order to raise money for the fight against malaria. For a minimum contribution of one dollar, anyone can view the Malarious shorts at CollegeHumor. Here’s the project’s promotional trailer.

More than 30 celebrities. 24 videos. One cause. Millions of stupid, awful, disgusting mosquitoes. Pay a dollar, five dollars, or whatever you want, and watch these comedy stars do awesome things to help squash this awful disease.