Antonin Fourneau, the French artist behind the wonderful Water Light Graffiti project, has created “Luminous Memento“, a beautiful sculptural homage to deceased citizens of Poitiers, France who have died as the result of conflict. The sculpture features rolling illuminated letters that scroll out the names of the deceased and missing through a hand built wall with a transparent face.

The names of the deceased appear and pass through a translucent concrete to digitally engrave for a moment their memory in the stone. To honor the missing, every anniversary arises several times their name to commemorate beyond their death, the birth of those citizens who defended France. 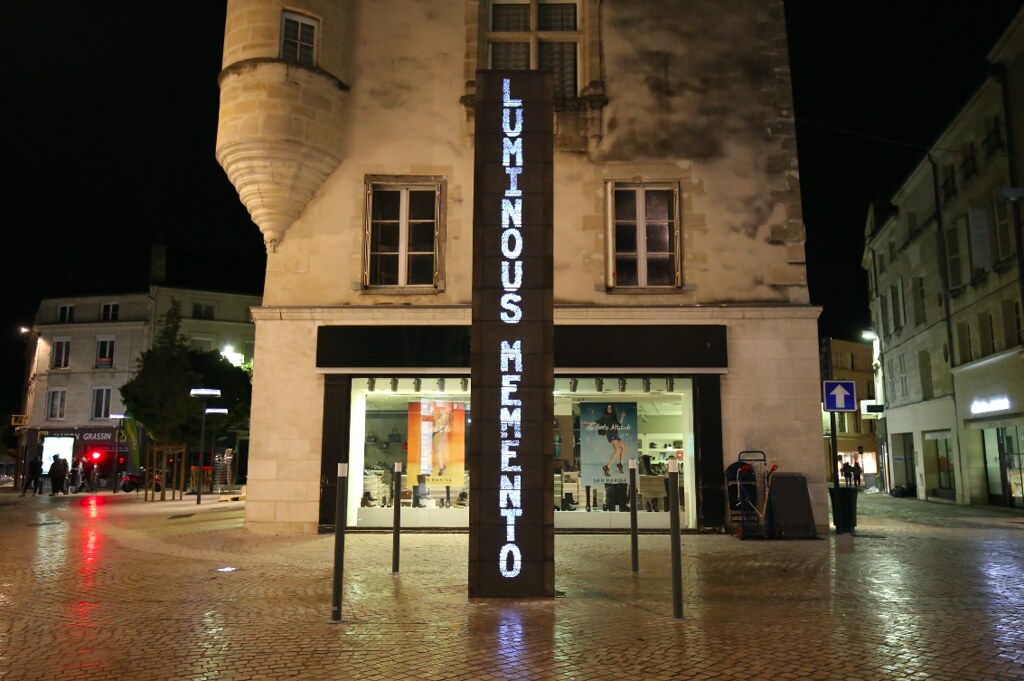 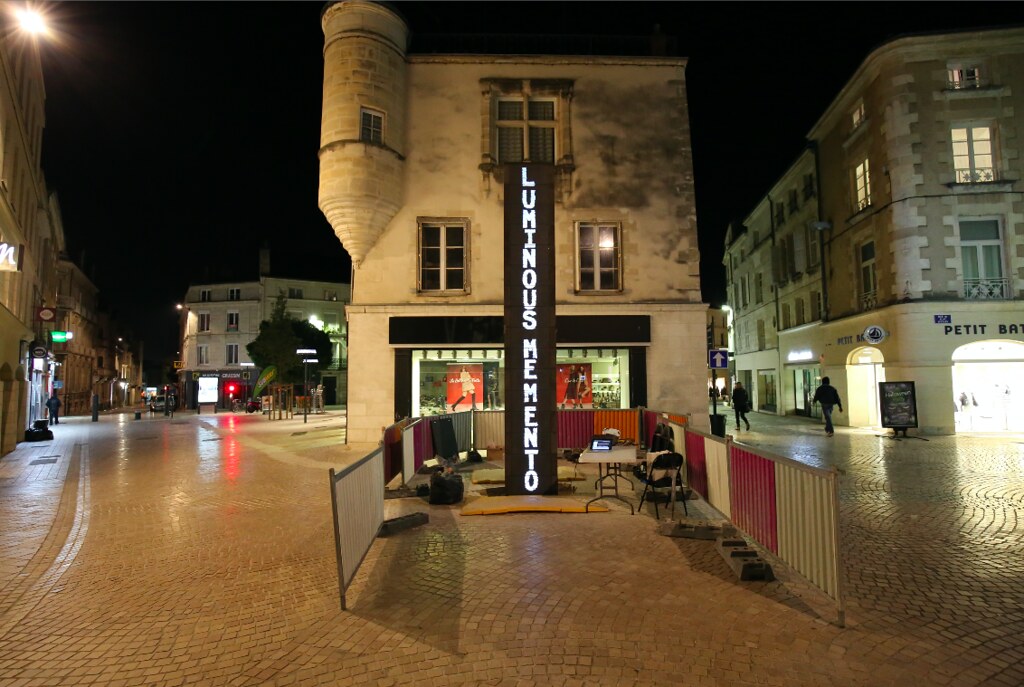 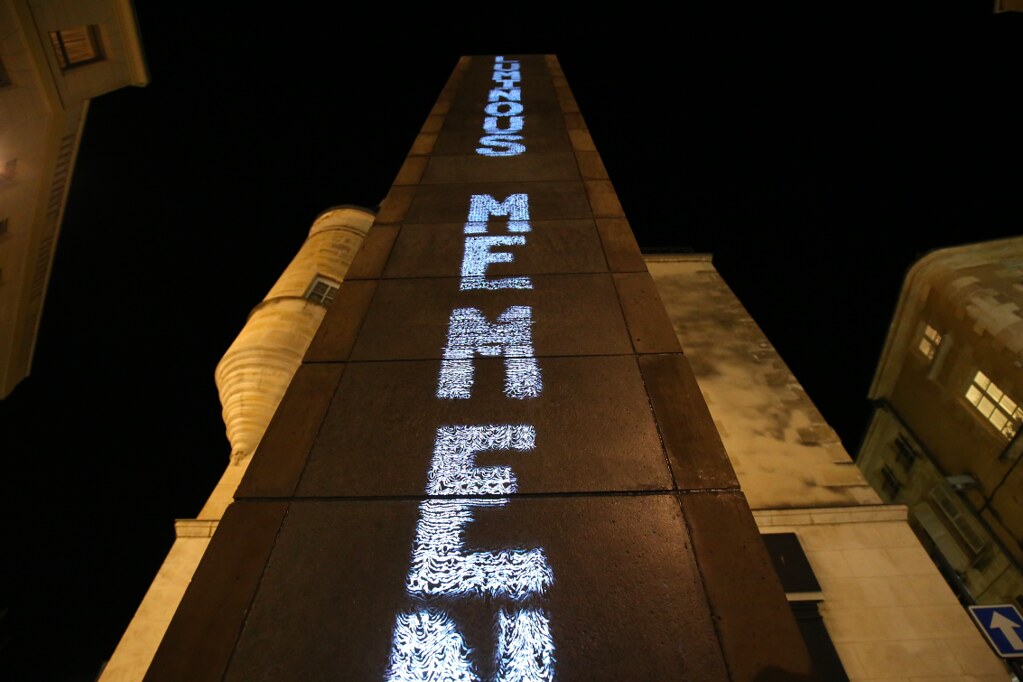