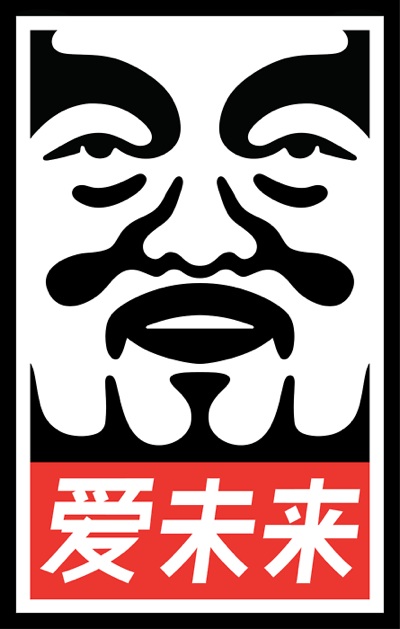 “Love The Future” is an OBEY inspired poster created by Andrew Lowe to help raise awareness for Chinese artist Ai Weiwei, who is currently being detained by the Chinese government.

The Chinese text, (replacing the omnipotent “OBEY”) translates in English to “Love The Future”, which has been adopted as the watchword, or rallying cry in support of Weiwei’s release because it is very similar to the Chinese spelling of his name.