The art of light painting is a process of creating imagery using long exposures and moving either the light source or camera. It is also referred to as light writing or when created on the streets it is often called light graffiti. When light painting is captured using time-lapse video, the results can be amazing.

“Paris by Light” is a wonderful example of light painting in a video produced by Mehdi Idir of Manifeste Productions and Marko93, the French “Kailligraffikzer”. 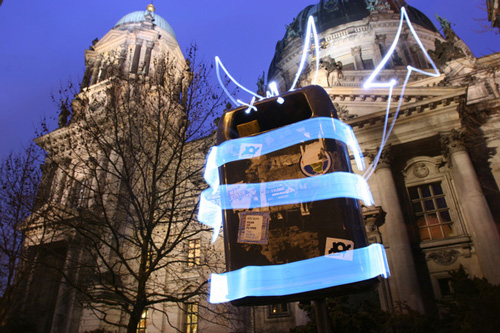 German artist LICHTFAKTOR created some beautiful light graffiti on the streets of cities in Germany as part for his “Energy In Motion” project.

A number of graffiti artists have been tagging everything thought to be impossible without being caught. Well â€” itâ€™s actually not illegal for them. Theyâ€™re not using paint. As it turns out, time-lapse photography isnâ€™t just for blooming flowers, skyscapes, or brake lights anymore. Termed Light Graffiti, tag artists are taking their colour to an all new level.
Let There Be Light

Using an exposure of about ten-to-thirty seconds and a tripod for best results, Light Graffiti artists start at the first click. Glowsticks, flashlights, reflectors, and even torches have been used as mediums to create all sorts of designs and tags, as the artist becomes a ghost of a blur, if visible at all. 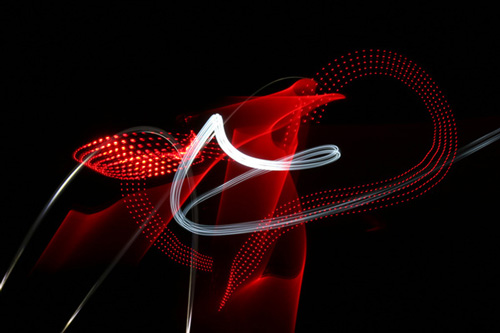 Here’s a video of LICHTFAKTOR’s “Star Wars v Star Trek” that was created on the streets of London.