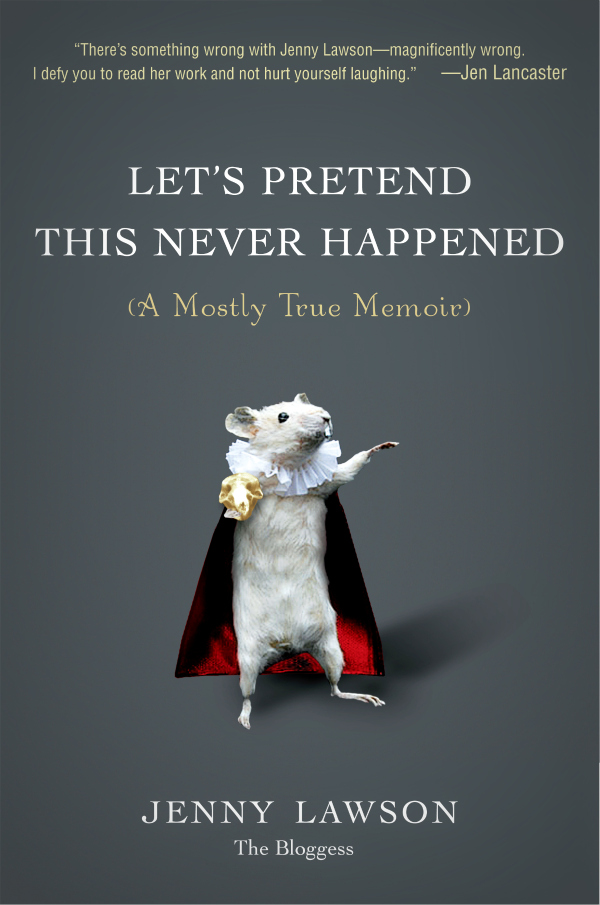 For fans of Tina Fey and David Sedaris-Internet star Jenny Lawson, aka The Bloggess, makes her literary debut.

When Jenny Lawson was little, all she ever wanted was to fit in. That dream was cut short by her fantastically unbalanced father (a professional taxidermist who created dead-animal hand puppets) and a childhood of wearing winter shoes made out of used bread sacks. It did, however, open up an opportunity for Lawson to find the humor in the strange shame spiral that is her life, and we are all the better for it.

Lawson’s long-suffering husband and sweet daughter are the perfect comedic foils to her absurdities, and help her to uncover the surprising discovery that the most terribly human moments-the ones we want to pretend never happened-are the very same moments that make us the people we are today.

Let’s Pretend This Never Happened: A Mostly True Memoir is a poignantly disturbing, yet darkly hysterical tome for every intellectual misfit who thought they were the only ones to think the things that Lawson dares to say out loud. Like laughing at a funeral, this book is both irreverent and impossible to hold back once you get started.