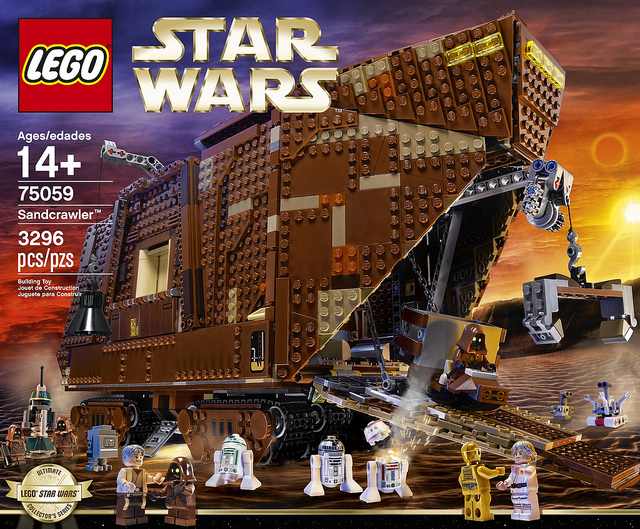 LEGO has unveiled their upcoming Star Wars Sandcrawler and character minifig set that is based on George Lucas‘ epic Star Wars film series. It will be available to purchase starting in May 2014 from LEGO.com and LEGO stores.

Recreate unforgettable scenes from ‘Star Wars: Episode IV A New Hope’ with this amazing LEGO incarnation of the Jawas’ desert-going vehicle, the Sandcrawler. Turn the knob at the rear and steer the Sandcrawler into position, lower the front ramp and offload the droids using the 2 working cranes. Luke Skywalker and his Uncle, Owen Lars, are sure to be impressed with the selection on offer: there’s R2-D2, C-3PO, and more. When the sale is complete, lift the side panels and top to reveal more great features inside. There’s even a speeder bike for when the Jawas need to venture outside. Includes 7 minifigures: Luke Skywalker, Uncle Owen, C-3PO and 4 Jawas, plus R2-D2, R2 unit, an R1-series Droid, Gonk Droid, R5-D4 and a Treadwell Droid.

Here is a behind-the-scenes video of LEGO’s creative process for the Sandcrawler set: 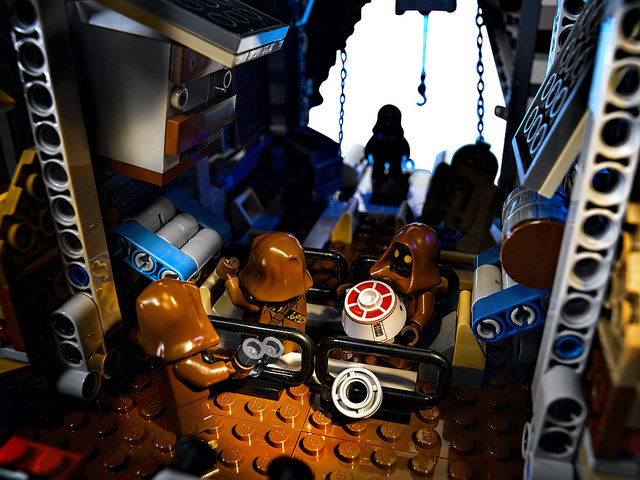 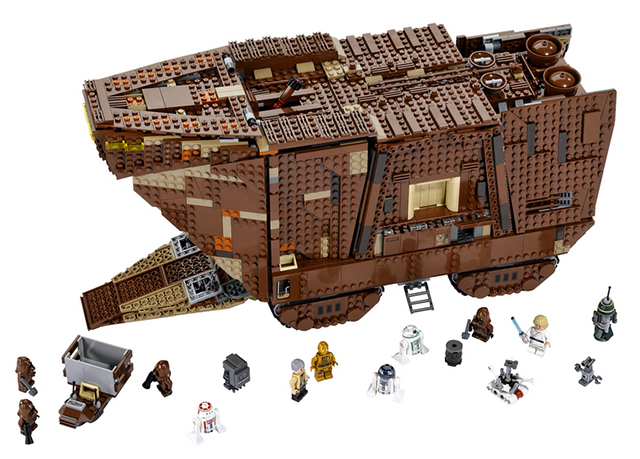 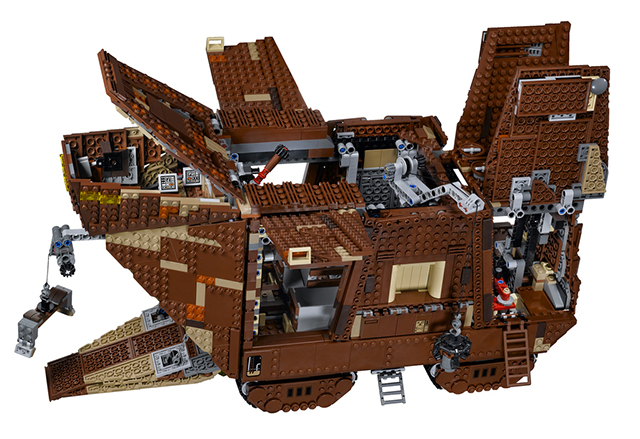 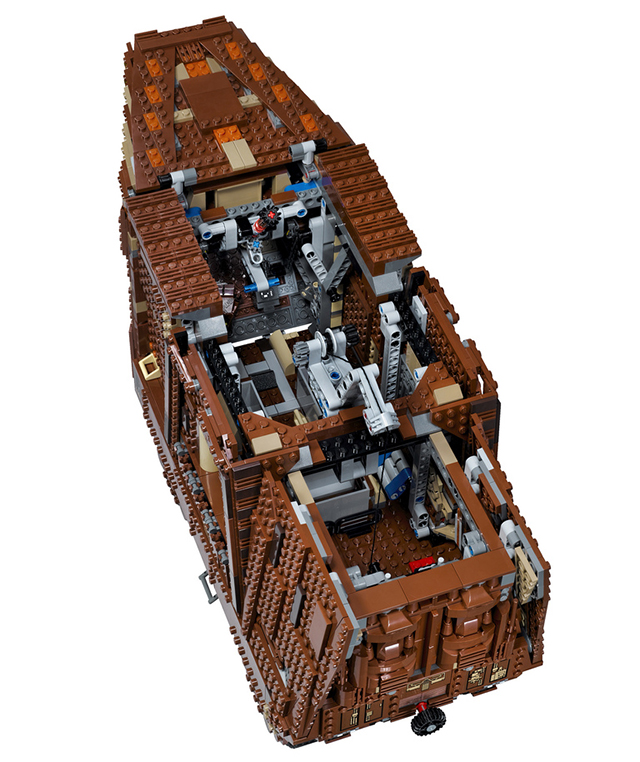 images via THE BRICK TIME Team, video via LEGO