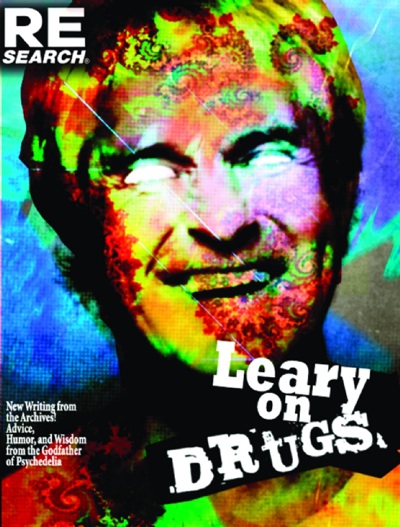 “Leary on Drugs” is the latest book from RE/SEARCH Publications, featuring writings and lectures from the Timothy Leary Archives.

Psychedelic guru, Timothy Leary was a psychologist who experimented, wrote and lectured about his investigations of mind-expanding drugs. Here is a collection of just some of his effusive output, much of it written as it happened.

Follow Leary as he drops acid at a prison with inmates, raises his children while the adults are “swimming on a sea of jewels,” becomes incarcerated, escapes prison, and generally expounds upon the politics of mind-altering substances before and after they become “controlled substances” in the U.S.A.

10 Zen Monkey has posted an interview with “Leary on Drugs” editor Hassan I Sirius.