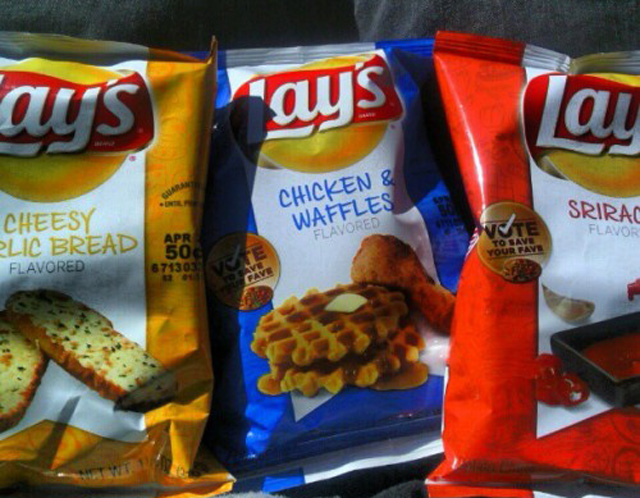 Frito-Lay ran a Facebook contest called “Lay’s Do Us A Flavor” to come up with the next flavor of Lay’s Potato Chips and while the official finalists won’t be announced until Tuesday, February 12, bags of the three new flavors have been seen on store shelves. According to the images popping up on the internet, they will be flavored like cheesy garlic bread, chicken & waffles, and Sriracha hot sauce. MSN Money reports that a “panel of chefs and flavor experts looked though about 3.8 million submissions and selected about 20 flavors to prototype. From there, the judges picked the three finalists…”

image via First We Feast

via First We Feast, Foodbeast