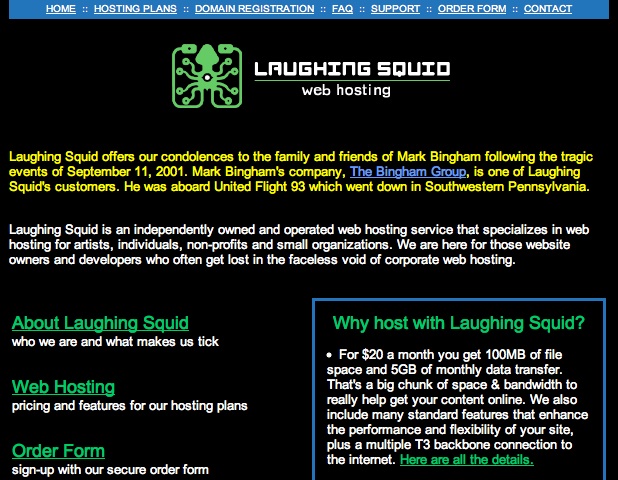 After the attacks of 9/11 we learned that one of our web hosting customers, Mark Bingham, founder of PR company the The Bingham Group, had died aboard United Airlines Flight 93 that went down in Southwestern Pennsylvania. Mark was one of the flight’s heroes who attempted to storm the cockpit and helped divert the course of the flight. In his honor, we posted a tribute to Mark at the top of our web hosting website which remained their through the end of 2001.

The Mark Bingham Foundation, a nonprofit organization setup in honor of Mark and his heroic efforts aboard Flight 93, continues to promote the causes he supported.