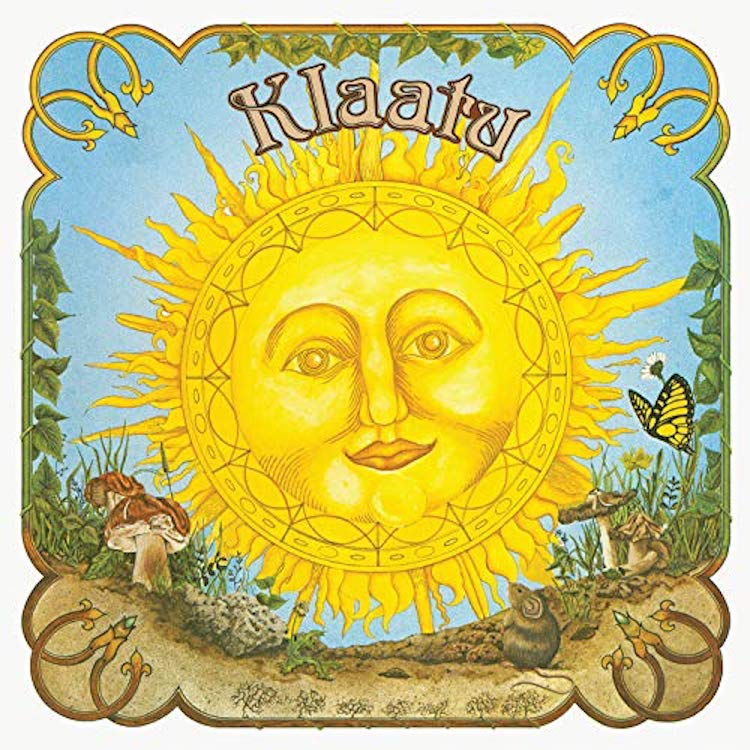 In 1976, a really beautiful psychedelic album called 3:47 EST seemingly appeared out of nowhere, and carried such a familiar sound that it lead a number of people to believe that The Beatles had gotten back together. Music vlogger Polyphonic (previously) tells the story of a Canadian band Klaatu. The reticent members of the band didn’t partake in any subterfuge regarding The Beatles, they just chose to stay out of the limelight for their own reasons. Despite this truth, Klaatu received worldwide attention for being something that they were not, especially after their name was made known.

So why all the secrecy around their identity? …the band wanted their music to judged on the merit of the music alone. There was no ulterior motive for the lack of prescient interviews. They were just three guys who wanted to know what the world thought of their music. But the unexpected fame they gained from this anonymity turned out to be a double edged sword. The phenomenon launched Klaatu in the spotlight for a brief moment and helped them develop a cult following …but the backlash that came out when the truth came out was severe.

In 2016 Klaatu drummer and songwriter Terry Draper stopped by Toronto’s boom 97.3 studios to talk about their song “Calling Occupants Of Interplanetary Craft” and how the band was compared to The Beatles and that some people even thought they were actually The Beatles.