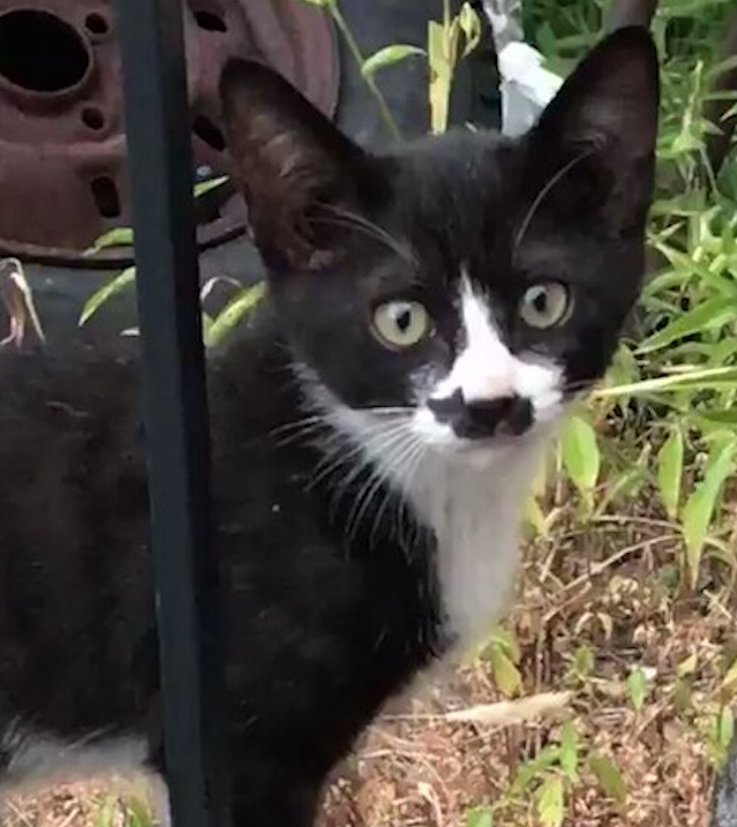 While out one day, TOKAITRICK_bot came across a litter of kittens in the company of their watchful mother. Upon closer inspection, he noticed that one of the kittens had an uncanny well defined silhouette of a crouching black cat across his nose and part of his little face.