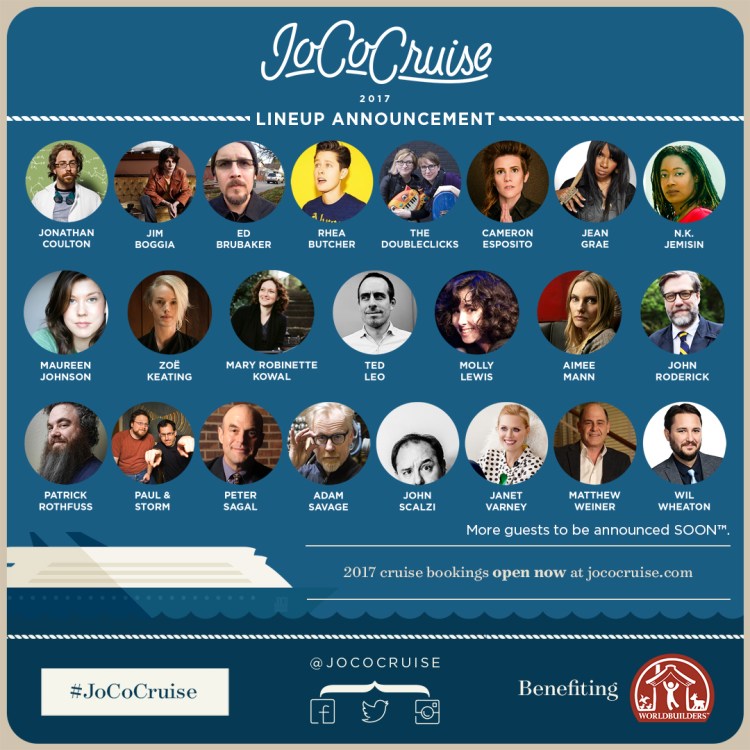 Musician Jonathan Coulton has announced the lineup for his JoCo Cruise 2017 that will set sail on March 4, 2017 for a seven-night excursion departing from San Diego, California. The lineup for the at-sea adventure will include Paul and Storm, Cameron Esposito and Rhea Butcher, Aimee Mann, and many more with other names set to be announced soon.

Lots of old friends, many new friends…but friends all around! And there’s still lots more guests, news and announcements to come in the coming weeks and months. For the time being, however, let the excitement and rampant speculation commence!