In the interactive audiovisual installation “Isotopes,” participants are surrounded by mesmerizing patterns of light. The patterns are projected on to suspended sections of translucent fabric that form a square wall around the installation. Created by art duo NONOTAK (Noemi Schipfer & Takami Nakamoto), the installation is inspired by the Fukushima Daiichi nuclear disaster and the dangers of nuclear power. For more, see this making-of video. “Isotope” was displayed at Mapping Festival in Geneva back in May.

“Isotopes” is an open space which can also be perceived as a prison. At first, the slow and hypnotizing moving lights attracts the visitor into the heart of it. Then, the rhythm and the intensity become continually more aggressive until it generates immaterial barriers: it’s easy to get in but neigh impossible to get out. This echoes the way humans approach nuclear power. First seduced, then addicted by its comfortable energy, humans have become trapped in an unstable situation. 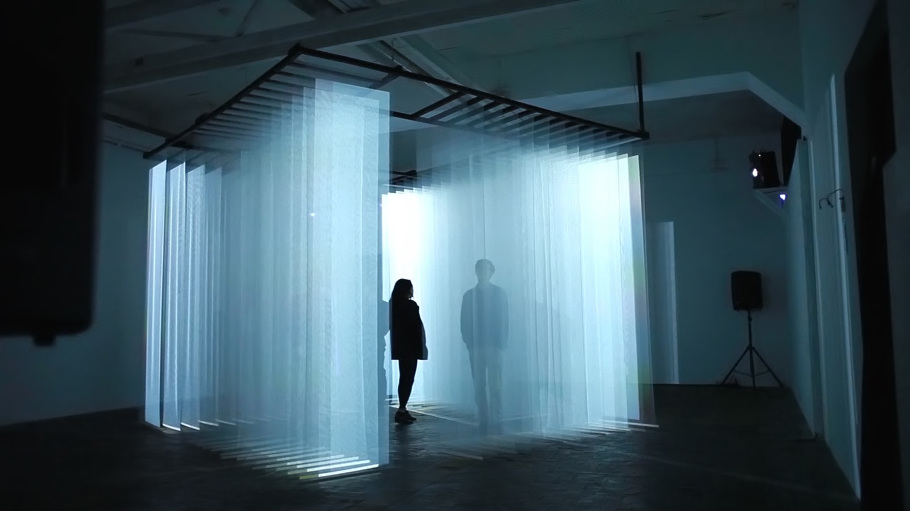 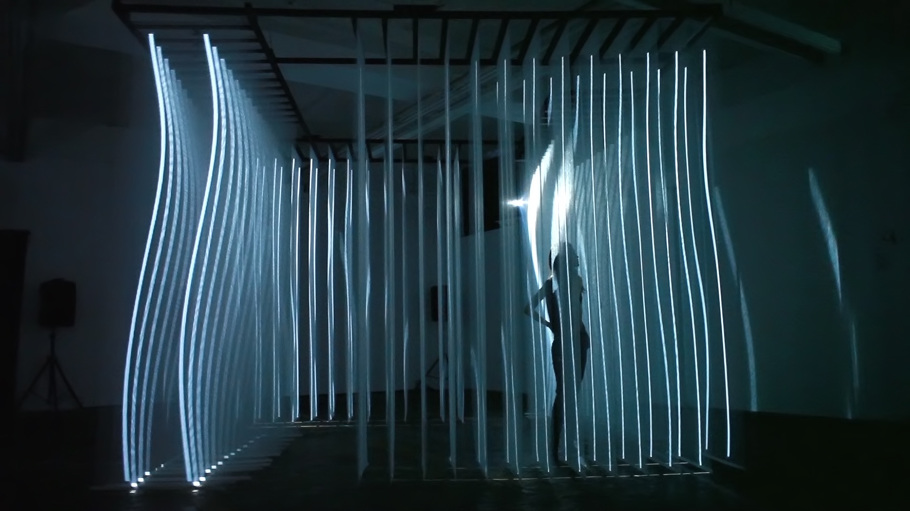 photos and videos via NONOTAK