Andy Green, the driver of the Bloodhound SSC supersonic car, explains the various features and controls of the car’s cockpit in this fascinating video. The cockpit is made of carbon fiber, features an inch-thick acrylic canopy, and an array of monitors that display speed, diagnostic, and other critical information. In addition to its computerized systems, the car has manual fuel shutoff and parachute release levers in case of equipment failure. The Bloodhound SSC–currently under development–is designed to reach a speed of 1,000 MPH, which would be a new land speed record (Green set the current record of 763 MPH in 1997). The Bloodhound SSC project has more videos about the car on their YouTube channel. 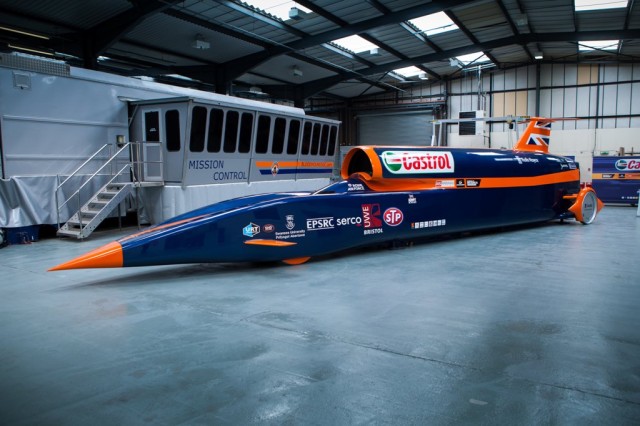 via 95 Octane, The Awesomer